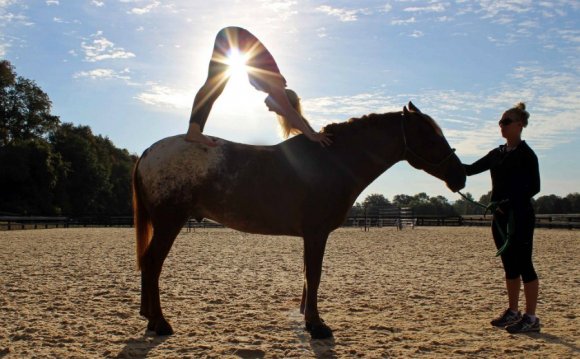 Veteran Michael Streeter with his wife Jenna and son, Rocco, in front of a painting created by Jenna’s father. The artwork is a graphic depiction of Streeter’s brain before he was able to take control of his pain and emotions through the help of the Pain Clinic at Charleston VAMC.

In 1994, Michael Streeter, an Army Soldier serving with Company A, 2nd Battalion, 75th Ranger Regiment, tightened down the straps on his parachute and launched himself from an airplane on a routine jump over the Middle Eastern country of Jordan. The static line jump seemed like business as usual until one of Streeter’s fellow Rangers unintentionally floated into his airspace, causing Streeter’s canopy to collapse midair. The resulting 100-foot fall broke Streeter’s back and left ankle and sent him careening down a long road of recovery that has stretched through nearly two decades.

“My whole life, all I wanted was to be a Ranger, ” Streeter, who is now a patient at Ralph H. Johnson VA Medical Center, said. “That was my entire goal, and I wanted to eventually be Special Forces. The dream came true to an extent but then it all crashed down around me when my accident happened.”

After the fall, Streeter struggled with his injuries and was unable to continue performing his duties as a Ranger, despite his best efforts.
“I would ‘Ranger up’ and not complain, ” he said. “I would keep doing my job no matter the circumstances. I even jumped again the day after I broke my back because I didn’t know I had hurt myself that bad. Eventually, though I couldn’t keep up anymore and they reassigned me.”
Streeter separated from the Army in 1999, leaving behind the profession of arms, but finding himself embroiled in a whole different kind of fight – a fight for his health, a fight for his sanity and a fight for his life.

“It was so difficult coming back to the civilian lifestyle, ” said Streeter. “I had been in the best unit in the military. I had done all the cool things that people only see in movies. I was all over the planet, working the missions that were leading up to Sept. 11, seeing and doing incredible things. But I saw a lot of hardship too, things that I wanted to forget. It was hard coming back and seeing how people here take their freedoms for granted after what I had experienced.”

The transition was difficult for the young Army Veteran. Soon, he found himself acting in ways that were completely foreign – drinking heavily to take the sting out of the unrelenting pain, staying awake for days on end in a hyper-vigilant state, alienating family and friends, and lashing out at complete strangers. It wasn’t long before Streeter no longer recognized the person he had become.

The treatment he received from doctors at the time only served to make matters worse.

“They had me on narcotics, Wellbutrin, stimulants, OxyContin, litium, ” he said. “They had me on this pill and that pill – all kinds of pills. I went through doctors like crazy and no one was really taking my post-traumatic stress disorder seriously. I kept telling them that something was very wrong because I was mad all of the time, flying off the handle. I wanted to be on just one pill because I knew about those drugs. I knew that they were toxic and would do damage to my liver.”

In 2013, on the verge of a mental break after years of prolonged pain, anxiety and stress surrounding his health and military service-related conditions, Streeter was finally offered a lifeline. He was referred to the Pain Clinic at Ralph H. Johnson VA Medical Center and met two influential physicians, Dr. Robert Friedman and Dr. Layne Goble.

“Eventually, I got in touch with Dr. Goble and he sent me through a four-week-long course to help me learn how to live with the pain, ” Streeter said. “At this time, my life was falling apart. My marriage was almost destroyed, I had lost several jobs and I was thinking about suicide. I say this all the time, but it is the truth, Dr. Friedman and Dr. Goble saved my life. I am just so grateful for them.”