What is Yoga Flow Virginia? 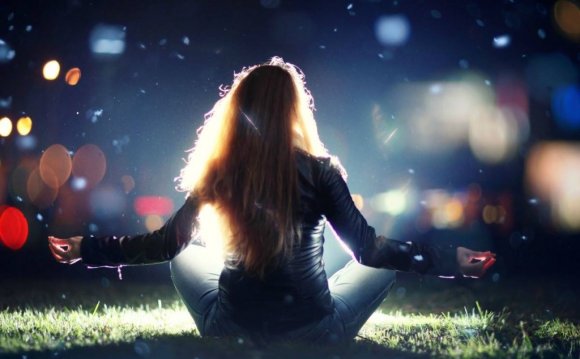 When I left Queen’s my future seemed to stretch out before me like a straight road. I thought I could see along it for many a milestone. Now there is a bend in it. I don’t know what lies around the bend, but I am going to believe that the best does. It has a fascination of its own, that bend, Marilla. I wonder how the road beyond it goes – what there is of green glory and soft, checkered light and shadows – what new landscapes – what new beauties – what curves and hills and valleys farther on. ~L.M. Montgomery, Anne of Green Gables

I used to begin each new year with a set of resolutions, a plan for making myself new, better, more learned. As if I, or some part of me, were a problem to be solved, I’d establish a firm course of action in order to find a solution to my life. There have been resolutions that involved what to eat or not to eat, what time to rise in the morning, how to spend my free time, and how many books to read that year. Sometimes I fulfilled the resolution all the way to completion, like the year I resolved to start an MFA program. Other resolutions, despite my best initial ideas, didn’t see the end of the year with me. This was the case when I decided that I’d learn to bake the perfect loaf of bread, something that truthfully I never gave more than one attempt. What I’ve grown to see is that the road of the year ahead is never straight and much of it lies at curves and angles that aren’t visible at the start of January. There is indeed checkered light and shadows, and in between lies the colors of a life, waiting to be witnessed if I keep my gaze steady.

As I turn toward 2017, it is tenderness, softness that is tugging at my coattails, so to speak. Just before the year’s end, I read in an article by yoga teacher, Amber Burke, this definition of resolve from the Oxford Dictionaries: to turn into a different form when seen more clearly: as in ‘the orange light resolved itself into four roadwork lanterns.’ or ‘The spidery script up its side resolved itself in just a moment to form a word.’ and ‘Before them was a hint of glimmer that slowly resolved itself into a stripe of blue: the sea.’ In this definition, the lanterns, the script, the sea become clearly visible not because a problem has been solved, but because each has been revealed for what it already is. This is the steady gaze of softness bringing something into its clearest view.

In yoga, we use a drishti, or gaze, to steady and focus the mind and the practice. For example, we may gaze softly at our fingertip in Warrior pose and in steadying the eyes, the mind, too, can rest for a moment and take in the subtle details of the pose. A drishti is not meant really to keep the eyes trained to one thing; however, in gently focusing the eyes, we help to settle the mind into one-pointed softness. In this one-pointed softness, the nuances of the pose that are already there, like the strength of the legs, the lift of the abdomen, or the length of the torso, can be witnessed and even resolved into greater detail. We might say, “in time, the upward pull through the crown of the head and the tug of the tailbone toward earth resolved itself into the expansive length of the spine.” The yoga practitioner who has felt the difference between forcing the muscles to elongate the body, and the length that is resolved on its own, knows that, though both may lead to the same extension of the spine, the second also leads to a kind of softness much like surrender that allows the student to feel the extension with very little effort. In this way, the pose yields greater energy to the practitioner.