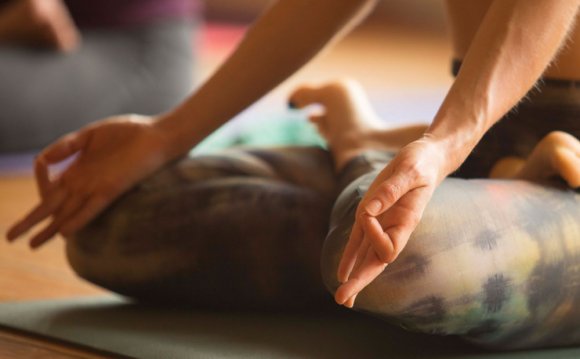 Lineage
Ashtanga yoga is a living lineage in parampara tradition, which means knowledge that is passed in succession from teacher to student. The current teachings were developed by T. Krishnamacharaya and eventually passed on to his student, K. Pattabhi Jois of Mysore, India in the early 20th Century. Pattabhi Jois, or "Guruji" as his students called him, dedicated his life to the teachings and is credited for bringing Ashtanga to the west. Guruji taught for seven decades before his passing at the age of 93 on May 19, 2009. His legacy continues under the direction of his daughter, Saraswathi, and grandson, Sharath Jois, at the in Mysore, India.

The Practice
Ashtanga yoga is a physical form of yoga that synchronizes movement with breath (called vinyasa) through a precise sequence of postures, called asanas. The purpose of the vinyasa is for internal cleansing. For each movement, there is one breath.

Ashtanga yoga is divided into six series of asanas of increasing difficulty:

Regardless of the series being practiced, Ashtanga yoga always begins with sun salutations A & B and a set series of standing postures, and finishes with backbends and a set series of closing postures. Each posture is a preparation for the next, and traditionally should always be practiced in order. Each series should be mastered before moving on to the next series, therefore most students practice the Primary Series and may eventually move into Intermediate Series, with very few progressing to the Advanced Series. The intention of the Ashtanga system is to cleanse, stretch and strengthen the body, while focusing and calming the mind.

Tristhana
The Ashtanga practice is based on three places of attention or action called tristhana, and they should always be performed in conjunction with each other. The first is the posture itself, the asana, which purifies, strengthens and gives flexibility to the body. The second is the breathing system, ujjuyi and bandhas, which consists of an even inhalation and exhalation with sound that purifies the nervous system. Finally, attention is given to the specific place that you look (dristhi) within each of the asanas to stabilize the mind. There are nine dristhis: nose, between the eyebrows, navel, thumb, hands, feet, up, right side and left side.