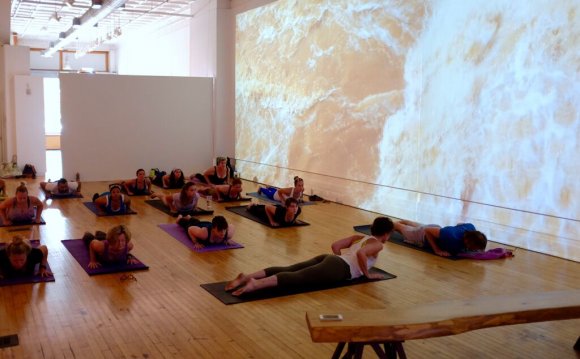 Jill Loftis
Jill began practicing yoga in 2000, but her true evolution began when she discovered the teachings of Goswami Kriyananda. She received her 280-hour certification from the Temple of Kriya Yoga in 2007. She is currently studying to become an astrologer through the Temple. Jill is a Kriya initiate and is deeply grateful to her teachers in the lineage.

She founded Uttara Yoga Studio in Roanoke, Virginia in 2008 and has been blessed with wonderful instructors and students and the opportunity to spread the teachings. Her eclectic style weaves in the knowledge of Kriya Yoga as well as her studies with many gifted yoga teachers, particularly Gabriel Halpern, Andrea Boyd and Jeffrey Cohen.

She loves to teach yogis of all ages and is certified through YogaEd to teach yoga to children and educators. She is a Barratt Breath Institute graduate and individual and group Breathwork practitioner. She leads classes and workshops regionally on many topics including yoga, meditation, mindfulness and astrology. She also leads retreats internationally and is looking forward to hosting her latest retreat to India in March of 2017. She writes the Astrology column for THIS! magazine, and is Adjunct Faculty at Roanoke College, teaching a course on yoga. Keep up with Jill on her blog, www.uttarayogastudio.blogspot.com.

Alan Armstrong
Alan has been a practitioner of Taijiquan and Qigong in the lineage of Chinese master Jou Tsung-Hwa for 30 years, and an instructor for 27 of those years. He feels a deep debt of gratitude to his teachers Master Jou and Jerry Diamond, and to his many teacher-students over the years. He began his wanderings along the path during the mid-70s in the temples and monasteries of South Korea, and is currently an aspirant to the order of the Plum Village tradition of Venerable Thich Nhat Hanh. He is founder and instructor of the Discovering Monkey School of Qigong and Taijiquan in Roanoke and Blacksburg, and founder of the meditation community, Bridge of Compassion Sangha, in Roanoke. He is eager to share the practices of intentional, mindful movement and meditation with others.

Sarah Bowles
Sarah began her yoga practice six years ago in acting school as a means of becoming more present in her body before performances. After graduating from school, she continued her practice in LA while pursuing acting and music until she moved back to Roanoke to record an album with a local studio.

While transitioning from living in Los Angeles to living in Roanoke, Uttara became a safe place for Sarah to focus on being present, while deepening her journey into the self. She is a graduate of Uttara’s 200 Hr Kriya/Tantra Teacher Training Program with Jill Loftis and Katie Silcox.

She is passionate about teaching her students how to ground themselves in their bodies by connecting to Mother Earth through breath and awareness; and using the teachings and practices to stoke the eternal flame that lies at our very center. In the future, Sarah hopes to weave her yoga practice together with her music to create songs that can act as mantras that help to bring in more light and awareness to herself and to her students.

Suzanne Gardner
Suzanne has been practicing yoga for eight years and is a graduate of the Uttara Teacher Training program. She has a Bachelor of Science degree in Elementary Education and a Master of Education in Reading.