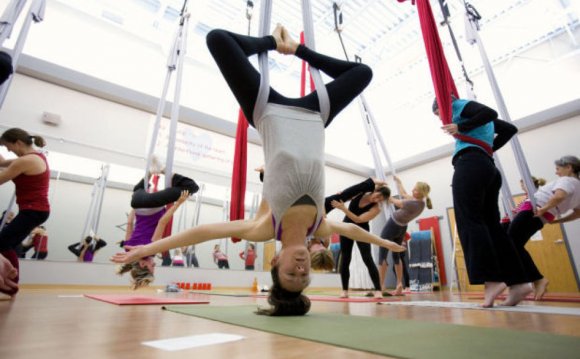 We knew Virginia Moore was much beloved in Scottsville and Virginia as well as in the hearts of her many literary fans throughout the United States. But what a delight it was to discover in early 2006 that Dr. Moore continues to touch the hearts and minds of new readers around the world! In January 2006, Amlan Majumder of Dinhata College, West Bengal, India, contacted Scottsville Museum via e-mail for information about Virginia's visIt to India in 1956. Majumder is an internationally reknown economics lecturer, who was completing a personal study of a Hindu yogi named Sri Sri Swami Swarupananda Paramhansadeva. Majumder had just discovered a 1995 news article that described briefly the yogi's meeting with Dr. Virginia Moore of America. After pursuing this lead, Majumder soon connected Virginia Moore with Scottsville and found our website's coverage of her accomplishments. His question to Scottsville Museum was to tell him more about Dr. Moore's meeting with this Hindu yogi, including when and where it occurred.

Majumder's discovery about Dr. Moore's India trip and meeting with a Hindu religious figure was news to this writer. Dr. Moore earned her PhD in philosophy and religion at Columbia University in 1952, and acquaintances recalled her keen interest in world religions. So we researched Miss Virginia's world travels and found a copy of her book, The Whole World, Stranger (New York: The Macmillan Company, 1957) in our Barclay House library. Dr. Moore wrote this book about her 1955-1956 world tour with her sister, Nancy. Their trip was an effort that the two sisters hoped would, in some measure, round out their western, partial experience in the world and teach them much which they did not know about Asia. The trip included stops in Japan, Hong Kong, Singapore, Bali, South Vietnam, Cambodia, Thailand, Burma, India, Ceylon, Pakistan, Lebanon, Syria, Jordan, Egypt, Turkey, and Greece. Dr. Moore, who held a PhD from Columbia University in philosophy and religion, was committed to studying the art, philosophy, religion, and meaningful human relationships in each of those countries.

In earlier years, Moore spent considerable time with Carl Jung and his wife in Switzerland, and Jung's interest in Indian religion was of great interest to her. Her copy of his Pschology and Religion, which is based on a lecture series Jung presented at Yale University in 1937, is full of notes written by Moore about Eastern versus Western religion. It is not surprising then that Moore and her entourage found India intriguing. They spent every waking hour of their India visit out among the people, learning as much as they could about Indian philosophy and religion. During a boat trip from Calcutta to the holy city of Banaras (now called Varanasi), Moore found the thousands of people swarming in and along the Ganges River fascinating. As she knew from her studies, Hindus believed that the Ganges was both clean and cleansing. Dr. Moore remarked to Chakravorty, her Brahmin guide, that as a protestant, she felt very at home in India. She rued that she might never have an opportunity to talk to any living holy men. The attentive Chakravorty paused momentarily before responding, "I shall take you to talk to one." Thanks to her guide, Dr. Moore soon enjoyed an amazing opportunity to talk with Swami Swarupanda Paramhansadeva in Banaras. The 72-year old yogi welcomed the Moore sisters graciously and engaged them in an enlightened philosophical discussion for over 90 minutes.

In her book, The Whole World, Stranger(pp 166-170), Dr. Moore provides the following account of Chakravorty taking her to meet Sri Sri Swami Sarupananda Paramhamsadevji Maharaj in Banaras, where he was spending the week. Note: the account is written in first person from Dr. Moore's perspective:

"He lives in Ben -Banaras?"

"No, Madam. But he is in Banaras this week. He has just broken a two-year silence."

I thought of Lives of a Bengal Lancer in which an Englishman searches for years before he finds a holy man. But of course, in the case of Chakravorty's teacher, the title might be used only in a loose sense, by indulgence.

I thanked Chakravorty. "What is his name?"

I tried to translate. Swami, master or pundit; Swarup, the Self; Ananda, bliss; Paramhamsa - as in Ramakrishna's title - the high-flying bird; Maharaja, great prince.