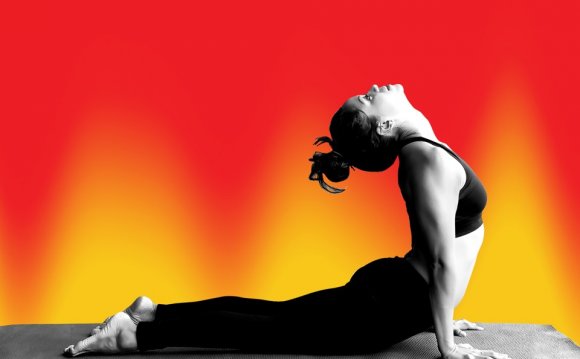 The idea that yoga is beneficial is not new. But new studies continue to advance our understanding of the health benefits attained through yoga practice. Three studies reported in the April 2014 issue of the Journal of Alternative and Complementary Medicine show that yoga can improve balance and reduce fear of falling, helps to reduce and regulate blood pressure and can improve important aspects of cardiovascular health.

As we age, it is common to experience a loss of balance and an increased risk of injury due to falling. Yoga, with its great emphasis on enhancing overall balance, demonstrates the capacity to reduce age-related imbalance and the tendency for fall-related injuries. Researchers at Johns Hopkins University examined 152 studies on yoga, identifying 15 that assessed balance-related issues. Among these, 11 studies showed that yoga practice can enhance balance, reduce the incidence of balance-related falls and reduce fear of falling – a common issue among seniors.

The balance study was not based on one style of yoga or on one particular practice, but on several styles, and on a number of methods aimed at improving balance, especially one-legged standing poses.

Yoga is low impact and can be adapted to meet the abilities of most people. Yoga practice shows no negative interactions with medications and improves body awareness, a factor in loss of balance. The bottom line of this study was that yoga can improve balance and reduce falls that lead to injury. For seniors, this is a significant gain.

The second yoga study, conducted at the University of South Carolina College of Medicine, examined the effects of Hatha yoga on blood pressure among a group of young people. Hatha yoga is the most commonly practiced of yoga styles. The study involved a group of 28 seventh-graders. Half of the group participated in school-based yoga practice for three months, while the other half attended a music or art class. Among these students, some were pre-hypertensive, meaning they exhibited standard clinical signs of early-stage high blood pressure.

The third yoga study, conducted by researchers at Eastern Virginia Medical School, examined a group of Tibetan yogis who engage in an extreme yoga practice known as Tumo, or Tum-Mo, at very high altitude in the freezing Himalayan cold. This technique seems to enable the yogis to maintain normal body temperatures at very cold temperatures, apparently without harm.

Dum-Mo has been studied and filmed by American cardiologist Dr. Herbert Benson, who founded the Mind/Body Medical Institute at Massachusetts General Hospital in Boston. In Benson’s film, the yogis, clad only in loin cloths, sit on the freezing ground melting iced sheets wrapped around their bodies, while members of the film crew huddle in heavy down-filled mountaineering gear.