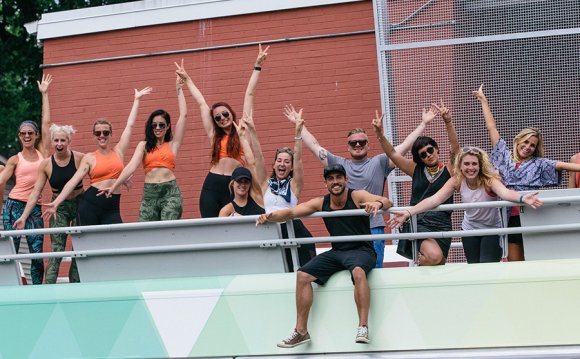 Rated 1 out of 5 by ericafren Not worth the money This was my first ever purchase from lululemon, I bought this towel last week with high expectations. I have heard such great things about lululemon and knew the price was kinda high but the quality of the brand is what makes buying there products worth it. When I took it to my hot yoga class I was so sad and disappointed. The towel kept scrunching and moving and really distracted me from my practice and made me reconsider ever buying any more things from lulu. January 22, 2017

Rated 2 out of 5 by JoanneKC Slippery I got the blue water color. It's very pretty, but totally useless for hot yoga. It wrinkles up during class and my feet slide all over the towel trying to hold any type of lunge position. January 17, 2017

Rated 3 out of 5 by WildRover I don't use it Some people like a towel on their mat and some people don't. I don't. I did get the smaller towels incase I don't use them. I really don't use it. If you have a slip resistant mat why would you buy the towel? I've had my lulu mat for almost a year, and I've played with the towel less than 10 times. If you don't want a beach towel, and you want it to help you in postures that you are sliding off your arms like crow pose, than maybe. I'm just not a towel person. I do see people use them thought. I would say start with a small towel to see if it is for your. You can always use it for something else. Like the seat of your car if you are still wearing your sweaty clothes driving home. January 7, 2017

Rated 4 out of 5 by bontemps Useful towel, but the plume white black had a terrible odor I have a large & small version "The Towel" from last year. The fabric washes well & I love using the towels as a thin, soft barrier for props during my yoga classes. The towels are especially useful for Yin yoga, when comfort is key. This year, I purchased & returned the 'plume white black' towel. The fabric feels just like my other Lululemon towels, and the print is fantastic, but there was a terrible chemical odor to the fabric. January 6, 2017

Rated 2 out of 5 by allee had high hopes for this This towel is pretty and I love that it fits perfectly to my mat! That is where the good things end though. I slip and slide all over this and it wrinkles everywhere (even with the water trick). I pretty much just use my mat (love The Mat