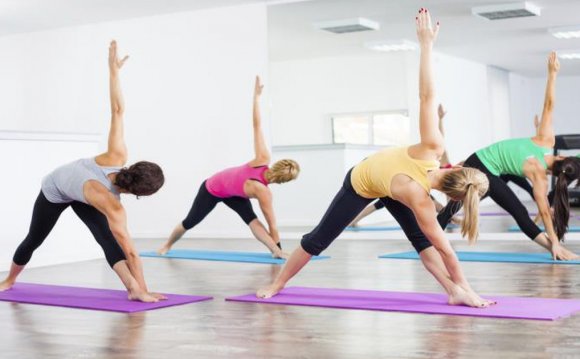 Three yoga instructors on Tuesday asked a federal judge to halt a state plan to regulate yoga instructor training. The Old Dominion, they say, has stretched too far into an ancient, spiritual practice.

"Yoga is the study of the self through direct experience, " Suzanne Leitner-Wise, a plaintiff and president of U.S. 1 Yoga Teacher Training said outside federal court in Alexandria, where the lawsuit was filed. "You simply can't put regulations on that. It's just dumb."

Yoga enthusiasts were knocked off balance late last year when Virginia announced that yoga teacher training programs, which officials consider vocational classes that prepare students for a job, must be certified by the state. Officials say it will protect students who invest a few thousand dollars in the training.

But the teachers, who between them have more than four decades of experience practicing yoga (Leitner-Wise was Virginia Sen. Mark Warner's former private yoga instructor), say passing on the tradition to other teachers is tantamount to constitutionally protected free speech.

"Teaching, after all, is speech. Pure and simple, " said Clark M. Neily, a lawyer with the Institute For Justice, an Arlington-based libertarian public-interest law firm handling the case.

The State Council of Higher Education for Virginia requires certification of all sorts of vocational training programs, including bartending schools, dog-grooming schools and the Ballroom Dance Teachers Academy. Certification requires a $2, 500 fee, audits, annual charges of at least $500 and paperwork.

Yoga teacher training had long fallen below the council's radar. Then, late last year, a state employee conducting school audits noticed an advertisement for it.

Kirsten Nelson, a spokeswoman for the council, said officials haven't received the lawsuit. But she said the council maintains that certification is the right thing to do.

As stressed-out professionals and others increasingly propel yoga into the mainstream, similar tussles have played out across the country. In New York, the state education department in June sent a letter to yoga instructor training programs saying that unlicensed schools faced a $50, 000 fine. The state backed down after an outcry by instructors.