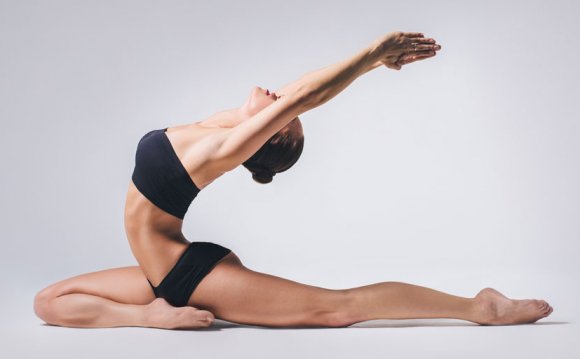 Sometimes the first inkling that something is wrong comes when you’re alone. Sometimes it comes when your doctor’s number pops up on your cell phone a few days after a mammogram.

What you feel first is the fear—that sudden flash of dread that washes over you, too quickly for you to name. Then you realize that what you fear has a very familiar name: breast cancer. You know women who’ve had it—many who have survived, some who have not. And you know that if the as-yet-unidentified lump in your breast turns out to be cancerous, you may be facing months of debilitating treatments. You’re likely to lose your appetite, your energy, your hair, and perhaps also your sense of your body as a safe, whole place for your spirit to reside.

But that’s exactly what Debra Campagna, a former hospital executive in Hartford, Connecticut, did. On Valentine’s Day of 2000, her doctors told her that the lump she’d found in her left breast a week earlier was indeed cancer. In fact, it was a large, fast-growing tumor, so she would need the most powerful tools in the Western medical arsenal: chemotherapy, radiation, and surgery.

Campagna, who was 50 at the time, was accustomed to working out at her gym five times a week. She knew she wouldn’t be able to keep that up. “I saw a flier for a Kundalini teacher offering private yoga sessions, ” she says. “I signed up.” She’d had no yoga experience but hoped to find the practice gentle enough to continue during treatment. In fact, she was able to work with the teacher once a week for the following year.

Prior to starting chemotherapy, Campagna had two surgeries: the first to remove the lump and the several lymph nodes where the malignancy had spread, and the second to remove stray cancer cells the first surgery had missed. Then, beginning in April, she went through eight rounds of chemotherapy. She also had 30 radiation treatments. Along the way she had to contend with CT and PET scans, biopsies, and innumerable other tests, consultations, and medications.

“It was very frightening, ” Campagna says. “You wonder, obviously—Am I going to live through this?”

Now, eight years later, Campagna is cancer free. And while she gives grateful credit to what she calls her “amazing” team of doctors for their part in her recovery, she deeply believes that yoga was an essential element in her healing.

“I’m convinced that yoga made all the difference in my treatment, ” she says. “The breathing was the thing that always came back for me—keeping the fear and panic down. I was in a PET scan machine for an hour. You just lie there and think terrible thoughts. I found my breathing. That was the most valuable thing.”

Increasing numbers of women caught in the fear, pain, and uncertainty of a breast cancer diagnosis are turning to yoga to ease their way forward. Some hear about it through word of mouth; others are encouraged by their doctors to seek out the practice. These women—and the researchers who are studying how yoga may be helpful—are finding that the ancient discipline can soothe, comfort, and help them feel whole once again.

“Studies suggest that doing yoga while going through breast cancer treatment helps you get through it with fewer side effects, ” says Dr. Timothy McCall, Yoga Journal’s medical editor and author of Yoga as Medicine. “Often doctors have to stop chemo or lower doses to levels that may not be as effective because people don’t tolerate the side effects.

But yoga appears to decrease all kinds of side effects.”

Being able to gently revive their energy is especially important for cancer patients, because fatigue is the most common side effect of both cancer and its treatment. “Yoga can make a huge difference in a person’s fatigue level, ” McCall says. Last year, researchers at Duke University published a study showing that an eight-week yoga program focusing on gentle postures, meditation, and breathing significantly lessened fatigue and pain in women who were seriously ill with metastatic breast cancer. Other research has shown that yoga can ease the nausea, depression, and anxiety that often accompany treatment.

Yoga benefits people with other kinds of cancer as well. But breast cancer patients seem especially drawn to it. The reason for this may be that they, as a group, advocate for research and support services more than people with other cancers do, spurring researchers to find funding for studies. Once those studies show the benefits of yoga, doctors are more likely to recommend it. Then, too, breast cancer patients are often diagnosed earlier in the course of the disease—when they are stronger and generally healthier—than people with, say, ovarian or lung cancer. That means it’s often easier for women with stage I breast cancer to do a strong practice than it might be for people with other kinds of cancer.