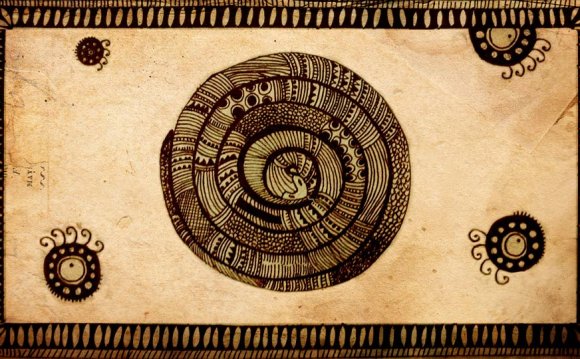 (Editor’s Note: Mindfulness Meditation for Anger, I thought…ahhh! Meditations for Anger are always like a drink of cold water. When you do them even if you aren’t angry, they can make you feel refreshed. Enjoy!)

While clearing the saved programs on my Tivo last week, I found myself watching old Oprah episodes. There was one in particular that shocked me. It was about overweight teens and their families. I continued watching, as a pair of therapists instructed overweight teenagers to vent their anger with emotion. In this intervention episode, the suffering kids were encouraged to “GET IT ALL OUT!”

To get the kids going, the therapists gave them starter phrases, such as “If you really knew me…” or, “I’m angry that…” They were told to complete those tag lines. While standing in the middle of the circle, composed of the other teens and all their parents, the outbursts began. They cried out things like, ”If you really knew me, you’d know that I’d rather be dead than overweight!” They were told to give free rein to their pent-up frustrations, to pour out their pain so their parents would understand what they were going through. So, as if someone had opened the hood on an over-heated car, they let loose the anger and inner torment that had been building up below the surface. The parents then took their turns.

I had a rough time as a teen, too, and my heart broke for all of them. I can only imagine the suffering they have endured internally, at home, and through ceaseless bullying at school. But, I knew that something was very wrong with what I was watching. Here were kids–already carrying the burden of too much weight and too much frustration–screaming in rage to the point of tears, coaxed into it in the name of therapy.

I’m surprised at the continued popularity of this trend, at the continued belief, even among big shots in the field, that this kind of intense emotional purging is the optimal method in advanced therapy. This TV-viewing experience shadows another one, which was similarly unsettling. Not too long ago, a friend brought my attention to a reality show called Celebrity Detox. With a stupefied expression, I watched as patients were taken to a junkyard and were then told to smash things with baseball bats, urged on in the name of treatment.

This violent sort of catharsis is thought to be useful in itself, but is also thought to be important in uncovering the roots of dysfunction. The recovering addicts with baseball bats purged themselves of their suppressed resentment. They shouted out their anger, they flung fragments of their pasts into the sky and the louder they hollered, the more their mates cheered them on. With this image fresh in my memory, I now watched as the overweight teens bawled out their distress and self-hatred through tears.

I recoiled at both displays, the same way I recoiled at the mall one day, when I watched aghast as a young man shoved, what I gathered was his girlfriend, against a wall while blasting her with a profusion of verbal assaults. It was a hairline away from blatant physical abuse. It was a totally shameless and totally naked public display that unfolded while shoppers simply continued on their way. They continued on their way, without intervening, for their own reasons. They were busy, scared, or–and this is what I fear–because as a people, we’re becoming impervious and immune to this kind of brutality.