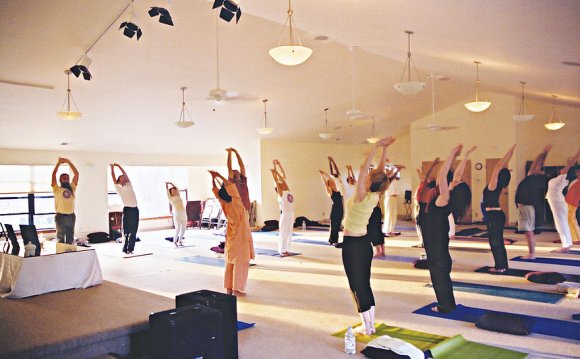 In 1970, while still in his early twenties, Master Charles became one of the closest Western disciples of Paramahansa Muktananda, among the most well-known and highly acknowledged Eastern mystics of the modern era. From 1970-1982, Master Charles was extensively trained in orthodox, Vedic/Tantric philosophical contexts and was ordained a monk of the Vedic Order of Sannyasins, the oldest existing monastic order in the world today. His monastic name is His Holiness Swami Vivekananda Saraswati.

He also served as an Ambassador for Muktananda's tradition and appeared in a number of high-profile public venues all over the world. Throughout this time, he continued to experience a progressive expansion in his own mystical experience through the art and science of meditation and a holistic lifestyle.

Master Charles and Synchronicity associates inspired world audiences in 2008 by expressing love, compassion, and forgiveness rather than condemnation towards the Islamic terrorists who murdered two (and injured four) of their group during the Mumbai terrorist attack.

In the aftermath of their rescue, they created One Life Alliance, a charitable, educational, not-for-profit organization dedicated to honoring the oneness and sacredness of life.

Master Charles' seeming abandonment of the traditional context of spirituality in favor of a modern approach has made him one of the most innovative spiritual educators of our time. An extremely effective and engaging speaker, Master Charles and his focus on Modern Spirituality have been well featured in the international media. He has presented programs at the World Health Organization, the National Institutes of Health, Columbia, Oxford, Monash University Australia, Tel Aviv and Bombay Universities, Westminster Abbey, the United Nations and the Vatican.