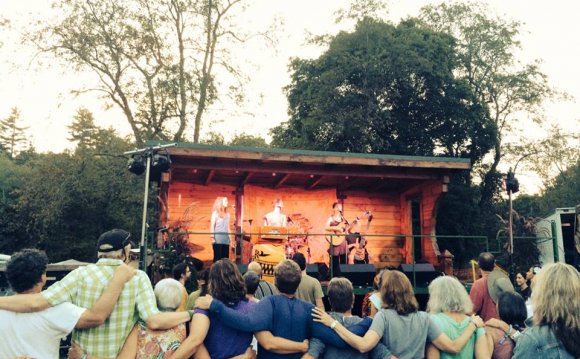 Tuesday was International Yoga Day, an initiative of the United Nations. Irina Bokova, the UNESCO director general, gave a speech on the occasion to those who had been waiting in breathless anticipation. “This is a day of peace and harmony, with ourselves, with others and with the planet that is our home, ” Bokova said, completely straight-faced.

Nothing less. I am sure this came as a bit of a surprise to the Yazidis, the Kurds, the Biafrans and the millions of persecuted Christians in the world. But Bokova probably did not have them in mind as her primary audience.

Bokova continued to list the beneficial geopolitical benefits of the ancient practice, saying yoga builds “mutual bridges of dialogue, mutual respect and understanding between cultures and peoples. … Yoga is a transformative force that can provide us with the strength and vision we need for more just and harmonious societies. Societies of solidarity, societies in balance with nature.” Impressively, she kept a straight face throughout, but then she has probably done this sort of thing before.

She continued, undeterred: “This resonates powerfully with UNESCO’s core message … to deepen the moral and intellectual solidarity of humanity through mutual respect and understanding as the basis for lasting peace.”

She must have been alluding to UNESCO’s erasing of 4, 000 years of Jewish culture and history on the Temple Mount in April this year, when UNESCO’s Executive Board adopted a resolution referring to the Temple Mount area solely as Al-Aqsa mosque/al-Haram al-Sharif, except for two references to the Western Wall plaza that were put in parenthesis. The text also referred to the plaza area by the Western Wall as al-Buraq Plaza. That was indeed an exquisite example of intellectual and moral solidarity with the Jewish people and an expression of deep respect and understanding, which truly only the United Nations could have pulled off.

Last, but not least, Bokova did not fail to mention the primary threat to the world today: No, not Islamic and state-sponsored terrorism — climate change. Apparently, yoga even has the power to solve that.

UN Secretary-General Ban Ki-moon also chimed in with a statement on the global benefits of yoga: “Yoga is a sport that can contribute to development and peace. Yoga can even help people in emergency situations to find relief from stress.”

If only Islamic State, Hamas, Hezbollah, Islamic Jihad, al-Shabaab, Boko Haram, the Iranian Revolutionary Guards and all the rest would engage in a class or two of vinyasa or hatha yoga and get their breathing techniques right. The Head to Knee Forward Bend combined with the Cobra pose should do the trick.