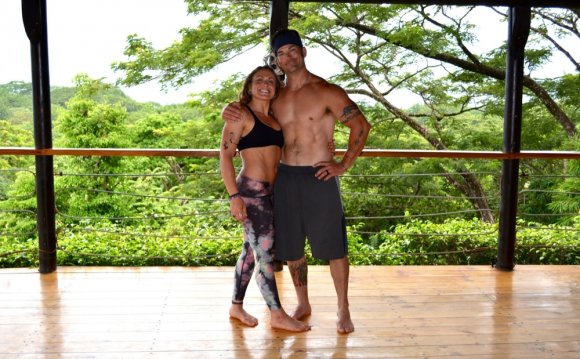 Thirteen years ago, Christine Yovanovich came down with a severe case of flu-like symptoms. “My joints ached, and I could barely get out of bed, ” recalls the 39-year-old from Indianapolis. But the pain and fatigue didn’t run their course as they would have with influenza. For weeks, then months, and eventually years, they waned from time to time but never vanished. “Some days I felt like I was dragging a corpse around, ” she says.

Desperate for relief, Yovanovich ricocheted from doctor to doctor. Each ran tests, but the results were always the same—everything looked normal. “I took every test under the sun, ” she says, “and still the doctors were baffled. “They would pooh-pooh my symptoms and tell me it was all in my head, ” she adds, “and after a while I believed them.” Finally, in 2002, she visited a rheumatologist who immediately recognized what no other doctor had: Yovanovich had fibromyalgia.

Fibromyalgia is a chronic pain disorder that affects up to 10 million Americans, most of them women. It was identified in 1816 by a Scottish physician, but wasn’t officially recognized by the American Medical Association as an illness until 1987. It manifests as pain in the fiber of the muscles, often throughout the body, along with unrelenting fatigue, headaches, and sleep disturbances. And it can mimic other ills, such as chronic fatigue syndrome or rheumatoid arthritis, which often leaves sufferers like Yovanovich spending years seeking a correct diagnosis. Because there is no definitive test for the condition, the diagnosis is tricky and some doctors continue to question its validity.

Fortunately, there is one diagnostic tool available if you suspect that you or someone close to you has fibromyalgia. In 1990, the American College of Rheumatology created a map of 18 “tender points, ” or places on the body that are most often tender to the touch in people with fibromyalgia. A person who feels pain in 11 of the 18 tender points probably has it.

While the exact cause of fibromyalgia is still a mystery, science is beginning to shed light on the disease. “There are genetic risk factors that make it more likely that you will, under certain circumstances, develop a chronic pain disorder like fibromyalgia, ” says Leslie Crofford, an expert in the disorder and chief of rheumatology at the University of Kentucky in Lexington. A person may be born with a risk factor, but it will remain dormant until it’s activated by something like a car accident, a repetitive-motion injury, or osteoarthritis, Crofford says.

Stress is also a trigger. Yovanovich suspects that stress ignited her own fibromyalgia. When she first fell ill, she was struggling in a bad marriage, working at a challenging job, and finishing an advanced degree, all at once. “I was surrounded by stress at work, home, and school, ” she says. “There was no escape.”

A breakthrough in understanding the condition has come via advances in medical brain imaging, which reveal that people with fibromyalgia process pain differently from those without it, due to a kind of hypersensitivity of the nervous system. For instance, pressure that feels mildly uncomfortable to the average person often feels painful to someone with fibromyalgia. “Basically, the volume control on pain is turned up as high as it will go, ” Crofford says.

Following her diagnosis, Yovanovich grew frustrated that Western medicine didn’t offer any solutions and, like most other fibromyalgia patients, began exploring complementary and alternative approaches. She rid her diet of sugar because she is hyperglycemic and also to reduce yeast overgrowth in her gut, which many alternative health practitioners believe interferes with immune functioning. She took B vitamins to help restore her energy levels, and magnesium supplements to recharge her muscles.

But it wasn’t until 2002, when she took a yoga workshop that focused largely on meditation and breathwork, that she felt a substantial shift. As she harnessed her breath and quieted her mind, she felt her muscles begin to relax and the pain lessen. She began to practice meditation and Pranayama at home and, for the first time in many years, started to make peace with her body.