To the power of one Virginia 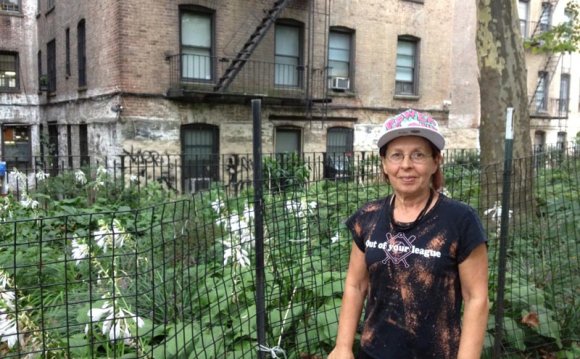 Tickets include: access to all speakers and experiences, a continental breakfast, complimentary lunch and a post-event party

The fourth annual TEDxCharlottesville will again be held at the historic Paramount Theater and will take place on Friday, November 11th. The theme for this year’s conference is “The Power of One, ” capitalizing on the serendipity of the event date 11.11.(2016). This year’s event will highlight the effect that one person, one idea, one decision, one election, one moment in time, one idea shared can have to change the course of history or perhaps the direction of one person’s life. Because we believe so fervently that this is true, we recognize the responsibility that each one of us has to do our individual part in shaping our world. The very essence of the TEDx mission is to highlight the impact a single idea from a single individual can make.

Let us all come together to celebrate the Power of One!

Monica Montgomery is the founding director of the Museum of Impact, the world’s first mobile social justice museum. She is the co-founder of and strategic director for Museum Hue, a platform advancing the visibility and viability of professionals of color, in museums, arts, culture, and creative careers. Additionally, she is the director of the Lewis Latimer Historic House Museum in Flushing, New York. Monica is also very active with NYC Cultural Equity Fund, Caribbean Cultural Center African Diaspora Institute, National Arts Strategies and with the Center for Community Leadership.

William Antholis has decades of government, non-profit, and academic experience. Prior to joining the Miller Center, Antholis served as Managing Director of the Brookings Institution. Previously he was Director of Studies at the German Marshall Fund of the United States, focusing on international trade and development issues. He worked at the White House, where he was Director of International Economic Affairs of the National Security Council and served as Deputy Director of the White House Climate Change Task Force. Antholis worked at the State Department on the policy planning staff and in the Bureau of Economic Affairs, where he was a member of the team responsible for developing responses to world financial crises. Antholis holds a Ph.D. in politics from Yale University and a B.A. in government and foreign affairs from UVA. He is the author of numerous articles, essays and lectures, as well as two books.

Josef Rauschecker
Professor in the Department of Physiology and Biophysics

Josef Rauschecker has 35 years of experience in systems and cognitive neuroscience, with more than 25 years of experience in animal electrophysiology, and upwards of 15 years of experience with functional magnetic resonance imaging (fMRI). At Georgetown University Medical Center, he helped create the first human fMRI research facility. He has also held visiting appointments at several institutions, including Harvard Medical School, and has been the recipient of a Humboldt Award and a Finland Distinguished Professorship.

Mark Wingfield was a journalist for 21 years before becoming a pastor, he now serves as an associate pastor of Wilshire Baptist Church in Dallas, Texas. He is active in the nonprofit service sector, having helped launch four nonprofits and currently serving on the boards of three. Mark is a regular columnist for BaptistNews.com, where his two posts on understanding transgender identity went viral and sparked a national conversation.

Lulu Miller is the co-creator of NPR’s Invisibilia, a radio show about the invisible forces that shape human behavior. Before that, she was a producer on NPR’s Radiolab. She has an M.F.A. in creative writing from the University of Virginia and was a history major and rugby player at Swarthmore College.