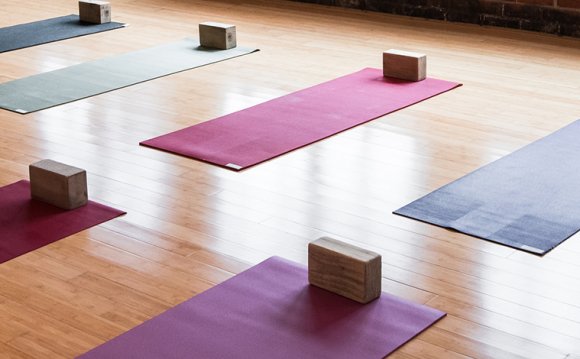 To a toddler, Child’s Pose isn’t the opening of a home practice—it’s an invitation to a horseback ride. While parenting offers countless opportunities to be present, it doesn’t afford much time on the mat. Finding a yoga studio that offers free babysitting can restore balance to frazzled parents, benefiting both parents and children.

Here are some considerations for studios implementing an in-house babysitting program.

To staff the childcare service, use work-study students, or designate one or two parents as coordinators for the service. Charging a small fee covers administrative expenses, but you might also consider offering free babysitting as a gesture of support for your clientele.

At Triangle Yoga in Chapel Hill, North Carolina, the sitters—many of them grandparents—consider the service karma yoga. In exchange for their time, they receive free classes from the studio’s instructors, some of whom use the babysitting service themselves. Everyone benefits from the arrangement, which supports both individuals and the community.

A Time and a Place

Mid- and late morning classes are usually best for parents of young children. Bikram Yoga in The Woodlands, Texas, offers child care six days a week during a 9:30 a.m. class. Jen Ballew, codirector of the studio, explains that mothers attend weekday classes after dropping older children at school. On Saturdays, she says, “both parents can come to class.”

If your studio has two practice rooms, such as a larger and smaller studio, children can play in one while class is held in the other. In a smaller space, a child-proofed office will hold a few children.

Remember that sound carries in an empty, wood-floored space, and screaming children become a distraction—nonparents won’t appreciate the noise, and parents will cringe at hearing their own kids. Caretakers should plan quiet games or muffle the sound by spreading out yoga blankets.

Simplify the babysitter’s job by asking parents to bring children in clean diapers, and specify that they should already have eaten. Snacks can cause trouble by making a mess, and many children have food-specific allergies.

Also be sure your space has been childproofed: outlets covered, loose cords bound, sharp objects placed out of reach.

You can find blocks and puzzles at thrift shops; or stock some art supplies, such as crayons and reusable office paper. Consider drawing on your studio’s community to keep the children occupied. At Bikram Yoga in The Woodlands, children are often treated to special activities. “We have yoga videos we show them, and one of the moms, a kids’ yoga instructor, will [sometimes] come and teach a class. Another mom comes in on Saturdays—she’s an art director at a school, so she has projects for the kids every Saturday, ” Ballew says. Such activities focus children’s energies and keep everyone happy.

Keep the number of children reasonable. Emily Gretz is the owner of Crofton Yoga in Crofton, Maryland, which offers babysitting daily. She suggests limiting babysitting to “two babies under one and no more than eight kids total.” Ask students to register their children in advance, either online or by phone, so you can provide staff to watch them. Make sure the dates and times of babysitting offerings are clear on your website, so you won’t have to turn away hopeful mothers who show up on the wrong day.

Ballew, whose studio began offering the service shortly after it opened, looked into the legal issues of babysitting. “We went through the State of Texas, ” she says. “It’s not technically child care, because parents are on site and it’s less than two hours. We have a release form that the moms sign.”

Laws vary from state to state, so be sure to check with an attorney. Talk to your insurance agent as well, to be sure your policy covers your liability.

Be sure parents have signed a waiver that indemnifies the studio, and that they have alerted the caregiver to any allergies or medical conditions.

Think Beyond the Studio

Rebekkah LaDyne, a yoga teacher in Seattle, includes child care in the retreats she leads for her company, Refreshing Retreats. “I create a kids’ camp and child care that happens simultaneously with the adult yoga class, ” she says. “The whole family goes to a destination—Mexico or Hawaii—and the kids do art, music, songs, games, while their parents get to do yoga.”

LaDyne brings along a kids’ camp leader, who engages four- to ten-year-olds in art, music, and games during the parents’ morning session. “Then, on site, we identify local babysitters for the three-and-under set, ” she explains.

Many women are introduced to yoga in prenatal classes, where they form a bond with their babies and with each other. But the demands of early childhood destabilize schedules, leaving new parents feeling isolated. Attending a studio class offers parents a sense of connection, both with themselves and with others.

Tracy Bogart, director of Triangle Yoga, recalls being a young mother with few resources. She knows offering free babysitting gives parents an opportunity “to get out of the house, take a yoga class, maintain their sanity, and be better mothers.”