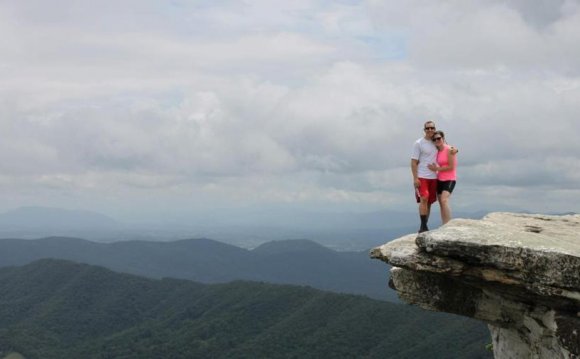 Pianist Harold Brown has enjoyed a performance career across North America, South America, Europe, and Australia. Mr. Brown’s formal studies were at George Mason University and the Juilliard School. His teachers include Nina Svetlanova, Adele Marcus, and Josef Raieff. Mr. Brown’s keen interest in style and performance traditions has led him to a broad range of study and research in various musical centers throughout the world, including Germany and Oxford, England. His affection for French piano music drew him to study in Paris with Gaby Casadesus and Vlado Perlemuter, both of whom were closely associated with Ravel and Fauré. As a student of Alicia de Larrocha, he received the Specialization in Spanish Music diploma from the Academia Granados Marshall in Barcelona. Mr. Brown has served on the faculty of Palm Beach Community College, and he travels frequently to judge competitions and give masterclasses.

Ms. Teresa Hedrick serves on the faculty of Roanoke College and Hollins University as an Adjunct Instructor of Woodwinds. She has degrees from Central Florida Community College and Elon College. Additionally, she has studied at the University of South Carolina. Ms. Hedrick has extensive experience as a private teacher and as a performer. She has shared the stage with The Temptations, Maureen McGovern, Shirley Jones, and Gladys Knight. Ms. Hedrick also serves as a consultant in Marching Band Drill Design and Instruction. Ms. Hedrick teaches Applied Woodwinds.

Dr. John-Scott Moir [basso] began his profesional career as a chorister with the San Diego Opera. John-Scott worked alongside great artists such George London, Joan Sutherland, Sherrill Milnes, Richard Leech, Aprile Millo, and Beverly Sills; conductors such as Richard Bonynge, Eduardo Müller, and Theo Alcantara. His PBS-TV debut (in the SDO’s stunning production of ‘The Merry Widow, ” with Sills and Alan Titus) decided his future career goals for him. In his fifteen seasons with the company, John proceeded to advance to comprimario parts, solo outreach, and (much to his surprise) as a featured dancer in the SDO’s Russian Arts Festival production of Boris Godunov!

A founding member of the San Diego Gilbert and Sullivan Company (SDG&S, later S.D. Comic Opera) John worked under three former D’Oyly Carte veterans, who praised his ‘impeccable diction and powerful voice, ’ – (Kenneth Sandford) as much as the critics praised his acting: “Easily the member of the cast with the greatest comic flair was John-Scott Moir as Poo-Bah” (San Diego Union). John-Scott also performed in musicals and operettas with the San Diego Civic Light Opera (Starlight), working under some of Hollywood’s Golden Age musical personnel, including MGM studio conductor, Johnny Green.

Dr. Moir has recorded for Pro Arte and Delos. His students have performed with the MN. Chorale, MN. Opera, Dale Warland Singers, been on the faculties of a number of Collegiate institutions, have toured in Hal Prince productions, been in National Tours of Broadway Musicals, adjudicated for International Singing Competitions, and performed on some of the most prestigious operatic stages in the world, including the Met.