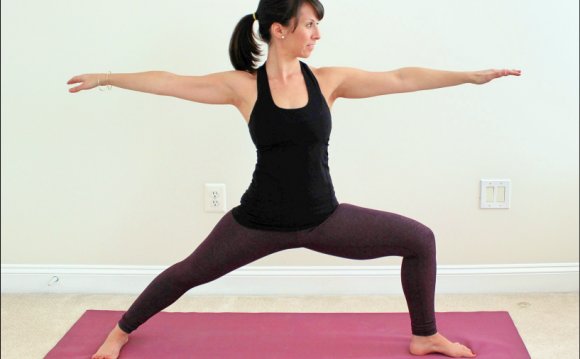 A combat veteran charts a new course as a yoga teacher.

I never believed anything bad could happen to me. I was raised in a middle-class suburb near San Juan, Puerto Rico. I was going to be a doctor, just as my parents wanted me to. As a pre-med student, I had a part-time job working in an emergency room. I saw births; I helped deliver a baby. I saw death; I assisted in post-mortem.

When I was 19, I was drafted into the US Army during the Vietnam War, and assigned to serve as a combat medic. I provided first-response medical assistance to soldiers who suffered traumatic leg amputations caused by antipersonnel mines. In combat, a limb severed by a land mine explosion is never clean. I only remember the screams of “Medic!”—the soldiers calling for me as they fell. The trauma of trying to save someone in this situation while the enemy is trying to kill you is indescribable. As I tended to the wounded, I would enter a deep trance in order to block out the terror and take care of them. Their trust in me was implicit and unbreakable.

One day, we were caught in an ambush inside a minefield. I lost count after the first 10 men went down. I watched as our morphine supply was depleted. I was the only soldier moving, running from one wounded soldier to the next. And then I heard the click of a land mine and realized it was right beneath my foot. After gathering myself for what seemed like a very long time, I forced myself to lift my foot and braced for the explosion. Nothing happened—the mine was a dud.

I cried the deepest sobbing of my life. A few days later, still in shock, I was flown out by helicopter to see a mental-health counselor, but he was out on R&R. Later that day, I was flown back into combat because my company had suffered additional losses and needed me there.

I earned my first Combat Medic Badge, the highest symbol of honor for a medic, on the eve of my 20th birthday. But when we Vietnam veterans returned home, our service was considered anything but honorable. We hid our grief inside. I returned to college, this time to study cultural anthropology: Never again did I want someone’s life to depend on me. The weight of such responsibility is enormously grave, and the pain and guilt doesn’t go away.

As with many veterans suffering from post-traumatic stress disorder (PTSD), my life was full of starts and stops. I earned two master’s degrees, graduating with highest honors, and worked with Fortune-100 companies, but I also cycled through debilitating depression, divorces, and even homelessness, precipitated by PTSD symptoms ranging from isolation and emotional numbness to intense anxiety and insomnia.

By the time I lost my last job in 2009, I was suicidal. I would have taken my life, were it not for my inclination to take care of everyone else first: My wife needed emergency surgery, which required a sustained recovery period. Because I needed to help her, I tried to help myself: I entered treatment for PTSD at a VA hospital and learned cognitive-behavior therapy tools, as well as guided-imagery meditation techniques that changed my life’s course.

I enrolled in a new yoga therapy program for veterans at the VA hospital, and started experiencing the benefits of yoga almost immediately. After four years of chronic insomnia, yoga nidra allowed me to fall asleep without medication. As I lay with my body against the earth in Savasana at the end of my second or third class, I felt a sense of belonging and connection, the first time I had experienced this as an adult. Another time, during closing meditation, I was overwhelmed with gratitude: for the sun, moon, stars, my parents, my son. In this illumination, I understood that, in death, there is birth. These experiences anchored me in my recovery and healing. I learned to talk about the guilt I was holding for so many who had died, while I had lived. I accepted that, by living, I had helped all those people along the way. Santosha, the Sanskrit word for contentment, became my new mantra.

My calling, I realized, is to teach yoga to combat veterans, to help them restore their body, mind, and spirit to its peaceful, natural state. The trust they gave to me in combat is the same trust that enables me to help them today. I chose Kripalu Yoga Teacher Training because the Kripalu philosophy of self-empowerment, witness consciousness, and use of intuitive wisdom aligns perfectly with my own intuitive wisdom, and I attended with the support of a Kripalu scholarship. I also trained as a teacher of trauma-sensitive yoga and mindful resilience for trauma recovery. Today, I teach Mindful Yoga classes at no charge at a Vet Center near me, and I consult with yoga studios and nonprofits across the country, supporting their work with veterans.

I developed Compassionate Warrior: Yoga for Combat Veterans, a yoga protocol specifically designed for this population, because I want to offer a yoga practice that they can do just as they are, with whatever physical limitations or combat injuries they have, to avoid perpetuating a sense of brokenness. When you allow the person to be safe enough to explore their connection to the body, and when you empower them to do a posture the way they want to do it, you’re rewiring the brain.