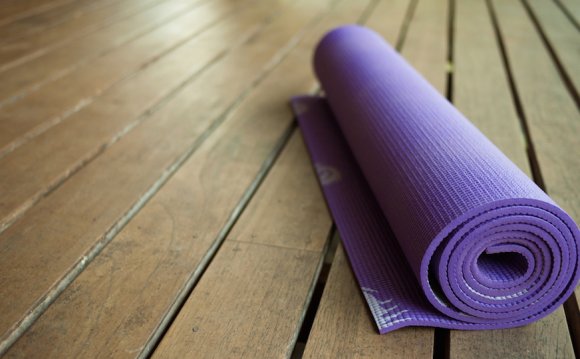 First off, put down your pitchforks. I am not fat-shaming, hurling insults or being insensitive. There is a thing called “Fat Yoga” and I, personally, qualify to be front and center at any class so named.

Why is it called fat yoga? “Because we don’t believe that any one body type is better than another, there’s no reason for ‘Fat’ to be a bad word. Fat is fine. We don’t want to make excuses for something that needs no excusing, explaining, or shaming, ” says Anna Ipox, the founder of FatYoga.org.

Teachers of fat yoga classes springing up all over, believe that, just because your body doesn’t conform to modern society’s definition of beautiful that you, too, can experience yoga as a way to health, flexibility and balance in your life.

According to the Centers for Disease Control, 78.6 million U.S. adults — more than a third of the population — are overweight. A survey conducted by Yoga Journal found that 20.4 million Americans practice yoga. Fat yoga classes are hoping to address that overlap.

In New York, there’s MegaYoga, Buddha Body Yoga and Yoga for Abundant Bodies. There’s Curvy Yoga in Nashville, HeavyWeight Yoga in Austin and Big Yoga in Buckingham, Virginia among others.

Many of us over 50 are finding, those pounds that packed on over the years (or after thyroid surgery or knee replacement) may be with us for good. Are we therefore condemned to just sit inside and count our tummy rolls?

“Yoga has got to change, start attracting a whole new level of people who don’t dare go now, says Michele Pernetta, who set up a practice in the UK called Fierce Grace, including courses for people without the stereotypical lithe yoga body. “Young, fit people need it, ” she says, “but they probably don’t need it as much as someone who’s just had a knee replacement.”

You needn’t actually be fat to attend a fat yoga class, you just can’t engage in conversation about dieting, weight loss or restrictive dieting and as there are very few women alive who haven’t felt like a hippo among the gazelles at a Zumba or Jazzercise class, this absence of negative body talk is an inducement to attend in itself.

The poses taught at a Fat Yoga class will strengthen your tendons, organs and bones giving you better balance and confidence and you will not be coddled. You will sweat, work hard and challenge your limits. The shape of your body and the limitations that come with a fat belly or weaker knees are addressed by modifications the instructor will introduce and the use of what are called “props”—blocks to act as stops, bolsters to provide support, straps (sometimes even affixed to the wall to assist in helping hold you up while allowing you to get a fuller stretch) and bands to help support you during the poses. Physical considerations are taken into account. People with bad knees might always need a cushion. If your big stomach is getting in the way of things, you may open your knees. Short people may need to make the strap less long. If you have cardiovascular or musculoskeletal problems, some asanas may not be for you. As always, get information and permission from your health care practitioner before beginning yoga or any other form of exercise.

Annie Carlin, no lightweight herself, teaches Supportive Yoga in the Washington, DC area. Her students rave that she inspires them to push themselves to try poses previously written off as poses only skinny yoginis could accomplish. They say Carlin can truly make yoga work for anybody, even, as one student put it, “with my arthritic knees, serious mental blocks, and tendency to get whiny”.

Part of the appeal is that Carlin understands that being larger doesn’t mean weaker. It just means there’s more to lift, as she explained in an interview with the Washington Post.

Carlin makes great use of the wall, going vertical with well-known horizontal yoga poses, knowing that with extra weight, getting up and down off a floor mat is a challenge in itself. She makes other accommodations to, such as is focusing on alternatives to downward-facing dog, where excess pressure on the wrist joints can be painful. She recommends “downward facing puppy” where your knees rest on the mat.

Carlin also helps by posting her Supportive Yoga poses online with directions, photos and videos, and will even oversee your bigger body yoga practice via Skype or Google Hangout. Other fat yoga videos may be found here. At first, it is probably best if such online help acts as backup to your supervised yoga class until you get the hang of it.

Before stepping into the studio, there are some rules of the road to consider:

No matter what your body size, remember the words of another “big-boned” woman, Eleanor Roosevelt, who said, “No one can make you feel inferior without your consent”.