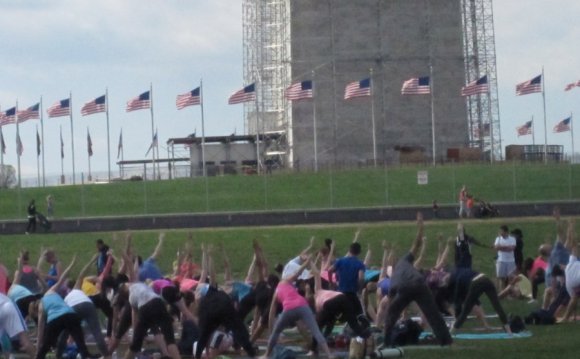 “Coach V” has 26 years of experience in the martial arts, having spent the majority of his life committed to the trade. He began his journey with karate at five years old and earned his first black belt in 1998 through Hill's Hitters Karate and Master Instructor Dr. Phillip Hill. Coach V went on to earn his business degree at the Robert H. Smith School of Business at the University of Maryland in College Park. Coach V continues his training in Kenpo under 6th Degree Black Belt Sifu Greg Payne who also holds a 5th degree black belt in Shotokan as well as many other black belts in other arts including Goju ryu & Judo. In 2014, Coach V earned his second black belt in IKCA Kenpo under Sifu Greg Payne and the supervision of Senior Grandmaster Chuck Sullivan and Grandmaster Vic Leroux. Coach V also studied Aikido at the ASU headquarters overseen by Saotome Sensei, Shihan who is one of the original students of Aikido's founder Morihei Ueshiba (O Sensei). In his free time he enjoys running local long distance races which most recently included the Cherry Blossom 10 miler, Rock 'n' Roll 1/2 Marathon, & Marine Corp Marathon in Washington, DC.

Chris Marr is a third degree black belt with over 10 years of martial arts experience and over 5 years of instructional experience. He has trained in various disciplines, including: Karate, Kung Fu, and Boxing, and has also studied the history of Asian martial arts

Training since 1987, Zach Knox holds black belts in Tae Kwon Do and Hap Ki Do. Over the years, he has training in different arts such as Kung Fu, Shorin Ryu and Goju Ryu Karate, Kickboxing, and Escrima. In his time away from teaching and training, his hobbies include acting, directing, producing, football, hiking, screenplay writing, reading, boxing, and rock climbing.

Steven Schwartz, MD took his first Karate class in 1975. With 7 years of dedicated training since the late 1980’s he holds first degree brown belts in Shotokan and Shin Sei Ryu. He has also had experience in Aikido and bojitsu. He joined Kaizen Karate in 2008 and earned his black belt in 2010. As a practicing Family Physician in Montgomery County and faculty at the Georgetown University School of Medicine he brings a unique perspective of health and knowledge of anatomy and physiology to the Kaizen Karate Team. Coach Steve also enjoys biking and yoga.

Inspired by the original hit movie 'The Karate Kid', David Matusow began his martial arts journey in 1988, and now holds a 2nd degree black belt in Tang Soo Do, a 1st degree black belt in Tae Kwon Do and is ranked in IKCA Kenpo. An accomplished triathlete, David has competed in numerous races of all distances, and is a 3-time Ironman triathlon finisher. A software engineer at NASA, Coach David also enjoys playing tennis, competing in duplicate bridge, and is a skilled home barista.

Ashley Kelso (Coach Kelso) has over a decade of experience in the health and fitness industry. She ran competitively in high school and college. She’s completed multiple marathons – including the Boston Marathon 5 times. She has won her division at major races across the east coast, including the Philadelphia Marathon, Miami Marathon, and Philadelphia Distance Run. She has experience in sales, medical offices, fitness, education, and management – but has found her happiness in tying it all together to share her passion for fitness and running with others. She considers her greatest accomplishment not just the number of people she has gotten to cross the finish line of their first race, the pounds people have lost, the races she has won (or her runners have won), but in the number of her clients who continue to run and live health lifestyles. Coach Kelso is a Certified Personal Trainer with the American College of Sports Medicine and is a Certified Running Coach with the RRCA, USATF, and NFHS.