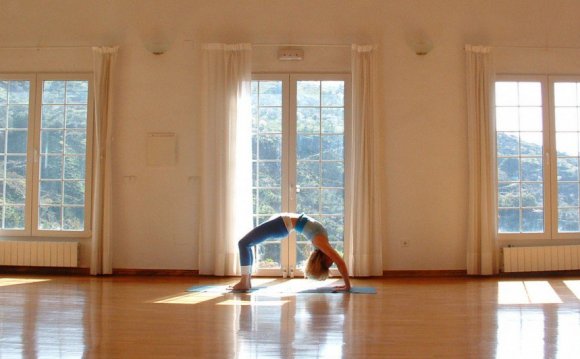 Four years ago, Laura Knight’s 11-year-old son, Matt, died after years of battling severe epilepsy. Although she and her husband had adjusted to living with a chronically ill child and had committed themselves to enjoying their time as a family, it’s not surprising that the stress of seeing her child endure seven seizures a week, spending long hours in the hospital, and receiving insensitive treatment from medical professionals caused many episodes of anxiety. “The stress, anger, and sadness were all interlinked, ” she recalls. She also battled bouts of pneumonia and flare-ups of asthma that left her winded after a simple walk.

After Matt passed away, Knight knew she had to quell the constant anxieties that enveloped her and continued to affect her health. While her son was alive, time for yoga was scarce, but when Knight returned to her practice, she discovered that yoga helped her confront her grief. She had an epiphany while practicing extensive Pranayama, or breathwork, during a yoga workshop. “I began to experience how free my breathing could be, and I realized just how much [emotion] I was holding in my lungs, ” Knight says. Taking deep, full breaths helped her to embrace her sadness and had a welcome calming effect.

During times like ours, when pending war, a smallpox scare, suicide bombers, and snipers are the dramas that define our daily narratives, people who do not usually experience feelings of anxiety are being gripped by the sudden sensations of an accelerated heartbeat, a rise in blood pressure, a tightness in the chest, or excessive sweating. These feelings can sometimes have a deep psychological impact, where people are afraid to leave their homes for fear of “something bad happening, ” or they have trouble sleeping or performing their jobs. At other times, anxiety coexists with mental health illnesses like depression, eating disorders, and substance abuse.

“Anxiety is mostly caused by two emotions: anger and sadness, ” says Gay Hendricks, Ph.D., author of Conscious Breathing: Breathwork for Health, Stress Release, and Personal Mastery (Bantam, 1995). “People get anxious about not being able to control their anger or about not knowing how to deal with situations that make them sad. And that is what fear isthe inability to solve the problem that is making you angry or sad.”

At the core of most anxiety attacks, though, is the breath, or the lack of it. When you are anxious, natural breathing is inhibited. The diaphragm freezes, failing to move air downward as you inhale, which means that you don’t let your lungs fully expand and fill with air.

“And when you don’t get enough oxygen, the brain receives a ‘danger’ signal, which perpetuates your mind-body state of anxiety, ” explains Jonathan Davidson, M.D., director of the Anxiety and Traumatic Stress Program at Duke University Medical Center. “Your breathing quickens and becomes even more shallow; in an extreme case this can lead to a full-blown panic attack, in which the person begins to hyperventilate.”