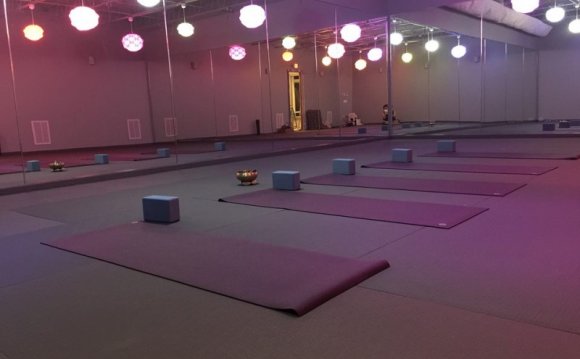 Mary Gentry Roberts was born a Midwesterner—in Rockford, Ill., just west of Chicago—but she’s also a bit of a California girl, having lived for a while in Huntington Beach when she was growing up. And throughout her life she’s been a world traveler, both for adventure and for her job with the YMCA.

“This organization is in 119 countries all doing work to best serve their communities, ” says Mary, who majored in international business and Spanish at Illinois State University and spent her last year of college in Salamanca, Spain.

During the past 23 years, Mary’s job at the Y has taken her to St. Louis, Ann Arbor, Mich., Clearwater, Fla., and now Richmond, where she is group vice president. Overseas she has worked in London, Haiti and the Dominican Republic.

One of their proudest accomplishments was the year Mary and her husband, Mike, took off to work as volunteers for the YMCA in Zimbabwe.

“We sold our home in Michigan, got rid of all our all belongings and raised enough money to support ourselves, ” says Mary. “Our role was to teach the staff and volunteers how to be more self-sustainable. We taught them a lot, but that country and those people taught us so much more.”

Much of Mary and Mike’s work in Zimbabwe involved homeless children. “These kids live on the streets or in shelters and have been orphaned, usually because of parents with AIDS and HIV, ” Mary says.

Many of these children simply spend their days begging for money. “Instead, ” Mary says, “we would give them fruit, cookies or crackers. When they saw our blue truck coming down the road they would run after it. Working at the shelters, we played games and sports, sang songs and helped to teach them to read.”

Back at home and outside of work, Mary has always been a fitness buff. “I ran cross country in high school and then started running marathons. Once I moved to Florida, where there is such a big triathlon community, I got hooked on those, ” she says.

Also in Florida, she discovered yoga. “It helped in strength and focus, ” she says. But it wasn’t until she got to Richmond—“no bike lanes and cold winter days”—that her yoga practice overtook her triathlon training.

“Bikram Yoga Richmond was the first thing I looked for when I found out I was moving, ” Mary says. “My second day in town I showed up at the West End studio and had my first class with Pam. I still do a triathlon once or twice a year, ” she says, “but the long-distance ones are probably behind me.”

The youngest of five children, Mary is close with her family. “My parents would say they had two families—my three sisters and then 17 years later, my brother and me, ” Mary says. “My dad called me his caboose.” Her parents had been married for 67 years when her father passed away last year. “Even though he had an amazing life, it was ever so hard to lose him, ” Mary says. A year later came another blow with the sudden death of her older brother from a heart attack. “I still can not believe he will not grow old with me, ” Mary says.

“My mom still has the house I grew up in, ” Mary says, “but after my dad passed away she went to stay with my sister in Atlanta and liked it so much she hasn’t left.” Mary’s two other sisters live Houston and Ann Arbor.

“I just love to spend time with my family, even though we have our differences, ” Mary says. “Mike and I love traveling just the two of us but we also travel with my sister and brother-in-law my adorable nephew, who is the light of my life.”