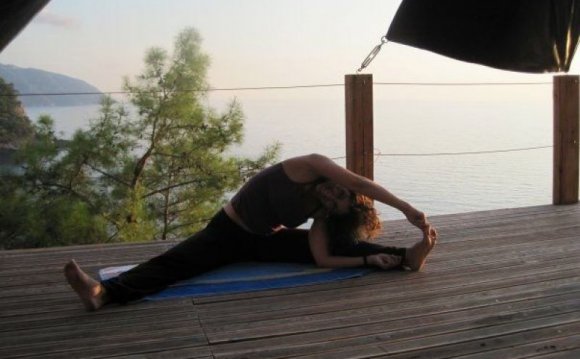 Julia Child’s adorable country house has a new owner — a devoted fan who plans to continue to organize cooking retreats there.

After Child’s retreat in southern France, asking 800, 000 euros, or $892, 960, Makenna Johnston found out about the listing via a Smith College online forum.

Appropriate, since both she and Child are Smith alumnae.

A longtime Child devotee who discovered the culinary icon via her iconic PBS show, Johnston describes herself as a “better-than-proficient” home chef who catered her own wedding with 120 guests.

Officially sealing the deal proved a challenge. Johnston was first stymied in her attempts to make an offer; the brokerage told her there was another buyer with money on the table. But that buyer withdrew after the terror attacks in Paris. Johnston quickly found an investor, who flew out to see “La Pitchoune” the Monday after Thanksgiving. (The name the Childs gave their house is French for “the little one.”)

After one other buyer fell through, Johnston leapt to the plate. She says she paid about asking price for the property, and with it, she also bought the cooking-school business run there since 1992 by Kathie Alex. A fellow American, Alex had known Child and studied cooking under the author’s best friend and collaborator, Simone “Simca” Beck. It was on Beck’s land that La Pitchoune was built in 1963.

“There’s no other way to put it — it’s an adventure, ” says Johnston.

Nicknamed “La Peetch, ” the property is located near a village called Plascassier in the Provence-Alpes-Côte d’Azur region of southeastern France — half an hour’s drive from Cannes. Spread over a mere half acre, La Pitchoune has a 1, 614-square-foot main house with four bedrooms, four bathrooms, a lovely pool, a guesthouse and verdant surrounds. Here, the Childs entertained food-world legends like James Beard, Richard Olney and M.F.K. Fisher.

The property includes the original kitchen Child personally designed, which has extra-high counters for the 6-foot-2 master of French cooking. Johnston appreciates that detail because she herself is 6-foot-1.

“We will have to figure something out for those of us who are less vertically inclined, ” she says.

Before the cooking school opens, though, Johnston will open the house as soon as this April for visitors who want to rent the entire property — which sleeps six — for $3, 000 per week. She reports that they already have bookings into November.

Further out, Johnston has already accepted deposits for five-night, six-day courses beginning in April 2017, priced at $2, 750 per person. The package includes local excursions, breakfast, lunch and culinary instruction — plus yoga.

“Sacre bleu! We’re adding yoga in the morning, ” Johnston jokes. “It’s always good to move a little to work off some butter. If you’re standing all day in the kitchen, why don’t you have that amenity as well, if you can?”