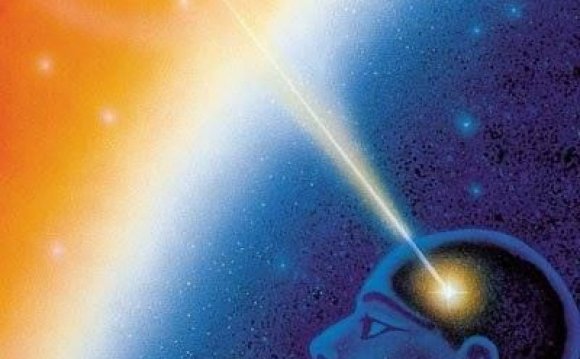 Before her current vocation as a disciple of the Brahma Kumaris, Sister Jenna (Jenna Mahraj), a McLean resident, owned two nightclubs in Miami. However, a series of visions led her to Mount Abu, in Rajasthan, the Brahman Kumaris headquarters. Brahman Kumaris is an international movement that facilitates spiritual knowledge.

“In India, I had a profound experience of peace and deflected all my negative memories, ” said Sister Jenna. “I came back different. It felt unnatural to go back to my old life. So I choose a more evolved way of living in compassion, service, love and community.”

Now established as a spiritual leader, she has traveled all over the world to conduct workshops and retreats. In 2009, Sister Jenna became the founder and director of the Meditation Museum in Silver Spring, where she, along with volunteers and support from the Brahma Kumaris offer instruction in raja yoga meditation or “knowledge of oneself.”

At the museum, Sister Jenna and her associates teach an ancient form of meditation (an umbrella term for ways to relax the mind) called Raja Yoga meditation. “Raja” means king and “yoga” means “union” in Sanskrit, the ancient language of India and basis for many Eastern religious texts.

According to raja yoga expert Murugan Balasubramanian, this form of yoga is called “raja yoga” because the mind is supposed to be the king among the organs. Created before written language, a sage named Patanjali recorded the philosophy and practices of raja yoga meditation in the Yoga Sutras around 150 B.C.

Sister Jenna, who has practiced this meditation since the early 1990’s, said “the focus of raja yoga meditation is to become conscious of your thoughts that emerge from your soul, identify them, transform the negative thoughts and compulsions into pure feelings which then inspires you to connect with the supreme source (or spiritual center) and contribute to the world. She continued, “Meditation helps you disconnect from damaging habits of thought, feeling and reaction. With raja yoga, we reignite the virtues of the soul.”

Balasubramanian, who is not connected to the museum and offers private raja yoga sessions in Loudon County, added, “In raja yoga, the mind is the instrument for looking inwards and uncovering the self. In order to uncover the self, or our spiritual center, we have to calm the waves of thought. So the first step in raja yoga is to regulate the mind – to check out the outward tendency and allow the mind’s attention inward. When we do this, an individual can discriminate and thereby only allow positive and peaceful thoughts to flow into the mind.”

Psychologists say people have more than 60, 000 thoughts per day—most of which arise in an eclectic way. For this reason, many meditation schools refer to the mind as the “monkey mind.”

“Waves of thoughts rise up and fall away as a result of the impressions we take in from the external world so that sometimes, the mind becomes restless and disturbed and sometimes, it is calm, ” said Balasubramanian, who’s originally from Chennai.

Sister Jenna (Jenna Maharaj), a Jamaican American whose father is from India added, “There are two factors within every soul — the ‘light part’ and the ‘not-so-light part.’ The ‘light’ is made up of love, peace, purity, truth and joy. ALGAE — an acronym for anger, lust, greed, attachment and ego — makes up the ‘not-so-light’ part.

While both Sister Jenna and Balasubramanian agree on the basic premise of raja yoga meditation, their approaches toward its practice differ.

Through the museum, Sister Jenna and her associates facilitate raja yoga meditation through many avenues including practical workshops on healthy cooking, finances, personal goals, and stress management; exhibits intended to provoke peaceful thoughts and “pure feelings, ” and a “quiet room” to sit in silence and become aware of one’s thoughts. The museum also offers daily meditation sessions both in Silver Spring and the Brahma Kumaris’ private ashram in McLean.

Regarding meditation sessions, Sister Jenna and her team practice a method called “open eye” meditation, where the practitioner sits up straight in a lotus pose, with his or her eyes open.

“The reason for open eye meditation is important because a majority of our lives are spent with our eyes open, ” said Sister Jenna. “Open eye meditation trains you to be more connected with internal awareness and the world. In your daily life, if someone comes to you in an angry mood – you can’t just close your eyes and chant until they disappear. Rather, you have to be in internal awareness and realize that they (the angry people) are not in a good state.”

For Mclean resident Suja Turner, learning raja yoga meditation techniques through the museum and the ashram has helped her deal with taking care of her elderly parents.