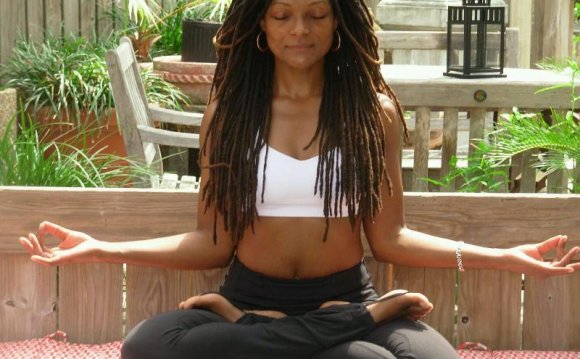 Yirser holds Masters Degrees in Social Service Administration from the University of Chicago and in Inner City Studies from Northeastern Illinois University, a BA in Political Science from the University of Illinois at Chicago and has studied Anthropology on the graduate level. He has operated Group Homes for abused and neglected youth, operated youth mentoring programs and worked as an Administrator for the Illinois Department of Children and Family Services.

In addition to Yoga, Yirser is a practitioner of Tai Chi and Chi Qong and has studied these arts with Jabulani Makalini, Wayne B. Chandler, Ike Olu and others. As a graduate student, he studied with, and was mentored by, Dr. Jaccb Carruthers, John G. Jackson, Anderson Thompson, Conrad Worrill and Dr. Robert Starks. As a student leader at the University of Illinois at Chicago in the 1970s, he organized students to protest the Apartheid system in South Africa and was successful at defeating policies that would have drastically reduced Black and Latino enrollment and programs designed to support students to stay in college. He was also effective in staging lectures series for Black student enlightenment that featured panel discussions on South Africa and lectures by Yosef Ben Jochannon, Alex Haley and Dick Gregory.

Yirser is also a professor at DePaul University School for New Learning in Chicago where he has created cutting edge courses such as the "Science of Yoga", "Stress Management for Health and Wellness", "Ancient Wisdom vs. Modern Science", "Research Methods", "Cultural Diversity" and the "African American Family and Genealogy".

He has continued to research, document and expand on the foundations of Kemetic Yoga. He has written extensively, lectured and led workshops throughout the United States, Africa, London, Paris and the Caribbean, including Cuba. Yirser has been featured in publications such as Yoga Journal, Black Enterprise, Ebony Magazine, Yoga Chicago, Yoga Journal France, Yoga Magazine, the Chicago Tribune, Chicago Parent and African Business and Culture. He has also been interviewed and featured on WGN TV, ABC TV, NBC TV, CBS TV and has appeared on the Oprah Winfrey Show during the "In the Spirit" segment.