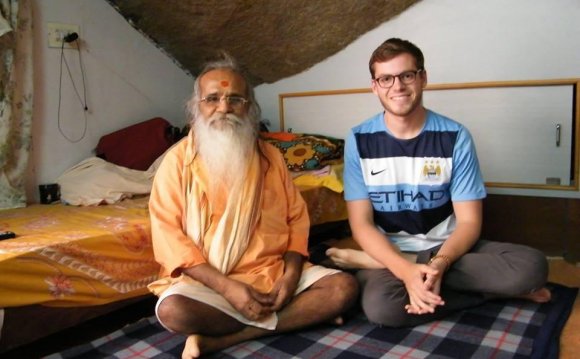 In the dimly lit sanctuary in the Light of Truth Universal Shrine (LOTUS) at Yogaville, an ashram on 600 acres in rural Buckingham County founded in 1986 by the late Swami Satchidananda, light beams upward from 12 altars—each representing a brand of spiritual faith—and converge into one over a central altar. “Truth is one, ” says LOTUS Director Swami Dayananda, her voice skating across the dome in a soft echo, “paths are many.”

I have come to this ecumenical structure whose painted dome gives it the outer appearance of a giant, pink lotus flower (an ancient symbol of spiritual revelation) to meditate, a daily noon ritual in the shrine. And I am not alone. More than 4, 000 visitors from all over the world come to Yogaville for workshops, personal retreats and training each year, and nearly 200 permanent residents live in homes surrounding the retreat, which is set between the flat farmland extending eastward and the wavy wisp of azure that is the Blue Ridge Mountains to the west.

Yoga, and the larger study of mindfulness—the calm observance of one’s physical, mental, emotional and spiritual sensations—is flourishing in Central Virginia. In addition to Yogaville, the University of Virginia’s new Contemplative Sciences Center and the China-based Arura Tibetan Medical Group, which plans to build a center in Charlottesville devoted to teaching Tibetan medicine, along with physicians who are combining Western and yogic medical techniques, are making the region a locus for the study of contemplative practices. Once considered only the ambit of the alternative-minded, these practices are increasingly becoming a significant part of the discussion surrounding the future of preventive medicine.

Following a heart attack and open-heart surgery in 2001, cardiovascular surgeon Dr. Dilip Sarkar, 63, who is today executive director of the School of Integrative Medicine, Taksha Institute in Hampton, discovered the salutary effects of yoga. “I was already living a healthy lifestyle, the picture of health with good diet and exercise before my surgery, ” he explains over a dish of Kerala-style seafood curry at Lehja, an Indian restaurant in Richmond. “My cardiologist did not know what to treat.”

With no vices to eliminate, Sarkar, who had practiced medicine for 30 years, was prescribed a slew of drugs to prevent progression of heart disease. Frustrated by the lack of treatment available for his condition, he took a friend’s suggestion to visit a specialist in Ayurveda, the yogic wisdom of longevity and the healing branch of yoga. Though Sarkar is from India, he was trained in Western medicine and healing philosophy: Ayurveda and the 5, 000-year old yogic tradition were new concepts for him.