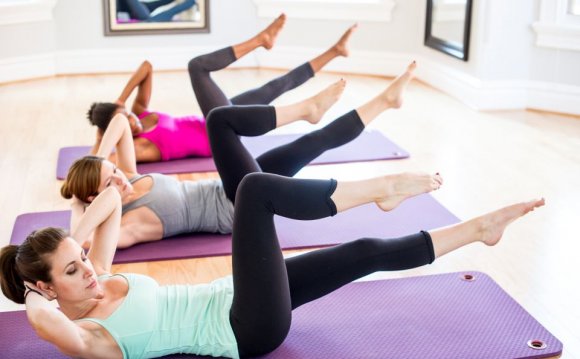 In 1990 while dancing professionally, I sustained a hamstring injury during a dance performance. I was running backwards heading toward a “controlled fall” that was to be broken by another dancer. The other dancer missed the catch, and I fell earthbound with great velocity. Immediately, I felt pain near my ischial tuberosity on the right side of my pelvis.

After 6 weeks of rest, gentle stretching, and mild strength training, I thought my recovery was complete.

Fast forward to 1996. I was teaching a Modern dance class at Arizona State University. During the class while coming across the floor in a running combination, I heard a pop at my right hamstring insertion when I rapidly accelerated, then decelerated the run. There was immediate excruciating pain.

I stopped dancing, iced, took anti-inflammatories and employed assisted stretching to help with the spasm and pain. Once again, I rested, used stretching and mild strength training to overcome my injury.

2009-2011. Over the last few years I developed a “piriformis” type syndrome with pain and spasm in my buttock. At times, my iliotibial band became tight. On rarer occasions, my right calf became tight, and on rarer occasions my right ankle and foot demonstrated a plantar fasciitis. My right knee felt as though it was “out of joint” when kneeling and sitting on my heels. My right hip rotated forward. My right inner thigh became tight and tender.

My symptoms exacerbated when running, standing, or balancing on one leg.

This is the story of my journey to recovery of a common injury pattern for athletes, dancers, and runners. Whether it is called Piriformis Syndrome, Dead Butt Syndrome, Glutues Medius Tendonitis, Sacrotuberous Ligament Syndrome, of Sacro-iliac joint dysfunction matters not to those who wish to get back in their game (sports, dance, running). All they want is information essential to recovery and resumption of activities of their daily lives.

The cause and treatment of the above imbalances varies. Each individual should consult a medical professional to determine the exact etiology of their imbalance to receive the best remedies for their particular case.

Here is what I learned about my body, my injury, and my rehabilitation.

Dead Butt Syndrome is a combination of improperly trained lower abdominals, a hypertonic iliopsoas, a tight anterior hip capsule, and an inhibited gluteus muscle. It can present with any of the above listed conditions. In order to determine its existence, lower abdominal testing is done. For a high level athlete exercises such a Roll Over, Jackknife, Long Spine, and Corkscrew are difficult to execute with Dead Butt Syndrome. Dynamic lower abdominal strength is not sufficient to create these movements without difficulty and recruitment of additional muscles. Inhibition of the gluteal muscles does not allow them to fire properly when doing the above exercises. For the non-athlete exercises such as Coccyx Curl, Breathing (on Trapeze Table), and Pelvic Press are a challenge.

My rehab started with simple buttock exercises such as Rock n Roll of the pelvis, Coccyx Curl, and Pelvic Press. I focused on working my pelvic floor muscles, as well as my lower abdominals. As I was able to better articulate my spine, pelvis, and hips as independent and contiguous units with stability, my condition improved.

Due to my hamstring injury, my iliopsoas on the right side tightened up, and became hypertonic. It always seemed to be in a shortened position, causing a feeling of tightness in my anterior hip capsule. Eve’s Lunge, preparation for Front Splits (on the Reformer), and Arabesque helped to open up this tightness.

My gluteal and piriformis muscles on the right became tender, and at times, in spasm. Rolling out these muscles with a foam roller and tennis ball alleviated muscle congestion and contraction. Stretching my piriformis (single leg stretches across the midline, and my #4 stretch) helped greatly. Ice, heat, and anti-inflammatories helped, but what helped the most was this…