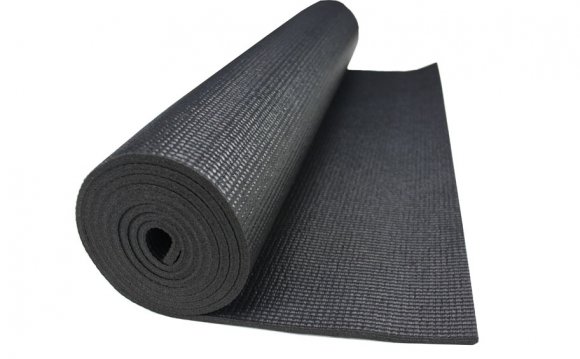 On nights when the temperature sinks to 40 degrees or below, a group of about 50 men and women gather at 501 North 9th Street, within view of the John Marshall Courthouse. At 7:00 PM, those men and women file into the building, make an immediate right, and enter into a large room where on the floor are 55 foam mats, each twice the thickness of a typical yoga mat, and blankets. This is where they’ll sleep for the night.

“The Overflow Shelter is needed mainly because there are single individuals, after we fill all the beds in the city of Richmond, who are going to be without a place to go, ” said Angelia Yancey, Deputy Director for Finance and Administration at the City’s Department of Social Services. “We’re trying to get them out of inclement weather and into a warm place so they’re not adversely impacted by the frigid temperatures, or the inclement weather, which may be snow or ice.”

“Folks can catch colds, get pneumonia, and that’s a costly cost to the state, because often times these are folks who don’t have insurance so they wind up in emergency rooms, and it’s just a ripple effect. So we would rather see them come in and get out of those temperatures and keep them safe from the cold.”

Down the hall from the sleeping quarters are bathrooms shared between men and women. Those who stay the night are only permitted to smoke during two smoke breaks.

The displaced men and women, many of whom use their satchel or backpack for pillows, sleep while a security guard and three volunteers from CARITAS, a local housing and rehabilitation nonprofit that oversees the overflow shelter, keep watch. The following morning at 6:00 AM, the men and women rise, help put their mats back into the closet, and file back out onto 9th Street the way they came.

“The reason why it’s so early in the morning that we dismiss [them], not only just to make sure they’re up and out of the building, but also because the feeding time [at local shelters] is between 6:00 – 9:00 AM, ” Yancey said. “So there’s just a very small window of time for them to get to the feeding places.” Several men and women catch a bus at a nearby GRTC stop.

“This is the first year, per se, that the city has offered an overflow shelter under the auspices of the city. Before it was offered by the churches, ” Yancey said. “Six Mount Zion [Baptist Church] served us well for a number of years, and they have been the site where folks could just go. So they would see numbers between 90 – 100 folks per night. That was truly a tremendous effort for them.” Six Mount Zion declined to extend their contract with the City, so Social Services took on overflow shelter duties with the assistance of CARITAS.

According to Homeward, the planning and coordinating organization for homeless services in the area, there were 637 adults and 89 children homeless in the Richmond Region as of July. Most were in shelters; 94 spent nights outdoors.

Here in the city, the number of people now frequenting the overflow shelter nightly closes in on the 55-person capacity.

“This year we’re seeing numbers at about 50, 51 so we’re almost right there, and we’ve had some pretty cold temperatures…so I think we’re pretty much at our peak, ” Yancey said.

A last resort during frigid weather, the Overflow Shelter is only a small part of the resources available to Richmond’s displaced. “The homeless shelters have a much larger and broader program in place where they’re housing folks for much longer periods, ” Yancey said.

One of the those shelters is the City’s overflow partner, CARITAS.

“We are the largest homeless service organization [in Richmond], ” said Karen Stanley, CEO of the nonprofit, which for the past 25 years has helped families find shelter, employment, and recover from addiction. Its shelter offers 110 beds, with an additional 20 beds located at The Healing Place, its addiction-recovery facility.