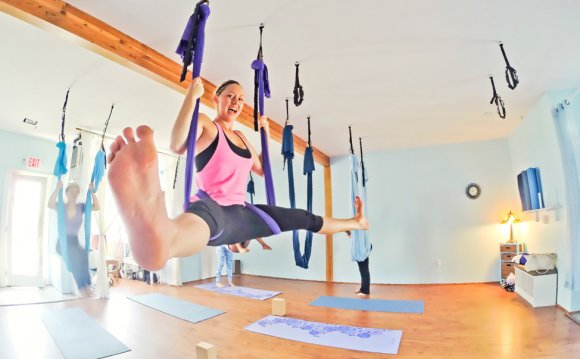 Sam Ackerman is “a freelance writer living in Virginia, with his wife Liz and their children Hannah, Holden, Endicott and Simon, their dog Diego and cat Mango. Go, go, go.” He has his own business, Caliban Creative, which provides copy writing and marketing materials (brochures, ads, web copy, etc.) “I owe it all to ‘How to Succeed in Business’ (a long-ago NCCL class, in case this is being read by someone who wasn’t there in the 1970s). At some point when you work from home, with your children running around, the distinction between ‘work’ and ‘fun’ starts to blur, but I suppose for fun I mostly do things with my family (weekend trips, reading, music, bowling, going out to eat, etc.) and watch football and basketball when I can. We dream of one day owning enough land somewhere that I can justify owning a rider mower — not so much because I want to own one, per se, but because it would be nice to own that much land. Hello and ‘best wishes’ to anyone who remembers the old NCCL building and, what the heck, anyone who doesn’t. I’d like to close with my favorite David Sedaris quote: ‘The beauty, and the horror, is that no one remembers but you.'” He is also a freelance writer, and has recently taken up bullfighting.

Henry Ackerman is working as a photographer and has his own rock band. He plays the guitar and has written over 80 songs!

Colin Adams-Toomey graduated with double firsts in Irish and Drama from the University of Aberystwth in Wales. He is currently living in New York City where he is attending the American Academy of Dramatic Arts. Colin was fantastic as the pirate king in NCCL’s production of the Pirates of Penzance this past spring. He attended Wilmington Charter School (2000-2001 SY). He appeared as Bob Ewell in the Cab Calloway production of To Kill a Mockingbird. He is appearing with the Christmas Revels in Media, PA in December 2000. Colin was honored as a Rising Star for academic excellence during his Freshman year at Charter.

Molly Adams-Toomey (NCCL class of 2002) is a graduate student at Binghamton University (2009). She is a music/theater double major, studying voice and piano. Molly did a super job as the accompanist for the Pirates of Penzance at NCCL. She was at NCCL since she was 5. Upon graduation Molly said that it was very important to her to make the world a better place for others. Molly is very busy in her spare time, she likes to sing, act, write, draw, run, and she also plays the piano and Celtic harp. Writing and art are her favorite school subjects. She feels that both these subjects are a good way to express her feelings and show others a new way to look at life. She is excited and nervous about meeting new friends and teachers there. She is also looking forward to expanding her knowledge and interests in a new school atmosphere. Molly’s NCCL years have been highlighted by “meeting interesting people, being in plays, and being encouraged to act and sing and write, and forming a bond with the teachers who help me.” She also found the camping trips a great way to get to know her teachers and classmates better, and they taught her the meaning of teamwork.