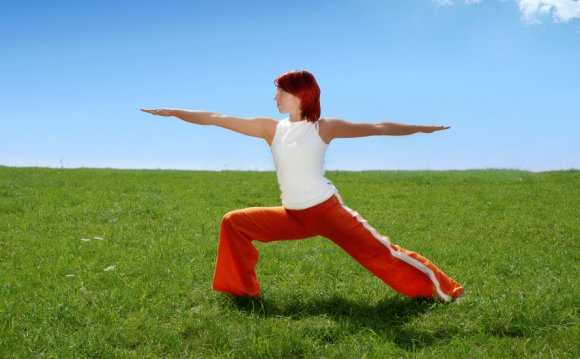 If you opt for aerial yoga, read Groupon’s introduction to prepare to lift off.

Although yoga devotees often speak of their practice helping to “ground” them, students of aerial yoga have a different idea altogether. Sometimes referred to as Unnata aerial yoga, suspension yoga, or antigravity yoga, this particular form fuses traditional Hatha or Vinyasa yoga poses with acrobatic techniques. Practitioners perform maneuvers such as backward somersaults, handstands, and downward-facing dogs while suspended on nothing but a soft, fabric trapeze that dangles from the ceiling. This low-hanging hammock, which can support 1, 000–2, 000 pounds, enables participants of all shapes and weights to stretch farther and hold poses longer while decompressing pressure on the spine.

In addition to claiming strengthened back, core, and shoulder muscles, aerial yogis often remark on how much fun the practice is when compared to traditional forms of working out. Many students often report experiences of elation and improved moods during and after sessions.