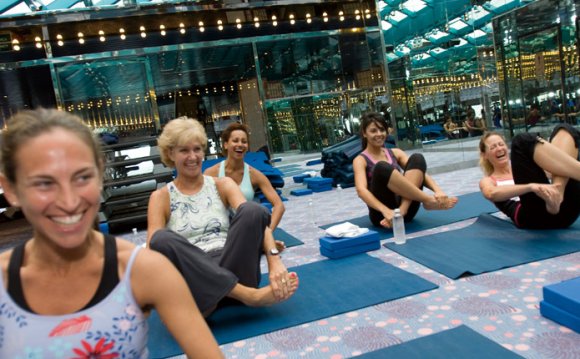 One morning before math, the fourth-graders took a little vacation. To soft music, they walked through woods, climbed a mountain and lifted off with imaginary wings, flying over an ocean, a gentle breeze on their faces. One student saw a school of fish; another spotted a rainbow.

With the sound of a chime, they were back in their yellow-and-blue school uniforms in a classroom overlooking a blighted neighborhood that has been beset by violence this spring, including two separate slayings of teenage boys at a nearby Metro station.

Like a growing number of schools nationwide, Houston Elementary in Northeast Washington is using mindfulness and other therapies to help children manage the stress they encounter in their daily lives.

Neurological research shows that traumatic experiences such as being abused, witnessing a violent crime or even living in a neighborhood where crime is pervasive can transform the developing brain. They alter the chemical balance, making it more difficult for children to concentrate, create memories and build trusting relationships — all fundamental skills for performing well in school.

The research is motivating educators to rethink zero-tolerance discipline policies that punish kids for outbursts that can be signs of trauma and to rally support for efforts to bring more mental health care into schools, where students and families have ready access to them.

“The brain cannot focus when it’s not calm, ” said Susan Cole, a Harvard Law School professor and director of the Trauma and Learning Policy Initiative, which advocates for “trauma sensitive” schools. “Children have to feel safe enough to learn.”

After eight years of intensive reforms, an infusion of new teachers and an overhauled curriculum, academic performance remains very low in dozens of the District’s schools, mostly in parts of the city where children are the most vulnerable. At Houston, 5 percent of students met grade-level expectations last spring on new math tests, and 1 percent performed at grade level in reading.

D.C. Council member David Grosso (I-At Large), chairman of the education committee, said trauma is a “root cause” of the achievement gap between rich and poor students, and he aims to shepherd more resources for mental health services in public schools. Services vary widely, and the city is assessing what is available school by school.

San Francisco has been using a “trauma-sensitive” approach since 2008, including training for students, their parents or caregivers, and school staff. This year, Boston received a federal grant to hire trauma specialists to work in 10 public schools.

At a town hall meeting this month, Houston Principal Rembert Seaward asked the students gathered in the cafeteria how many knew someone who had been shot. More than half of the children raised their hands. Anxiety has been running high in the neighborhood in recent months since one teenager was shot and killed at the Deanwood Metro station and another was fatally stabbed there two weeks later.

She tells her second-grade son, Tevin, that the noises outside his window are fireworks, but he hears the sirens and is often anxious and worried about his family’s safety.

He doesn’t like to go outside and he clings to her when she gets ready to leave, she said. Some days, he resists going to school. “He thinks he’s not coming home, ” she said.

Excessive stress can have lasting effects. A landmark study in 1998 involving 17, 000 adult patients from Kaiser Permanente found that those who had experienced more adversity in childhood, through experiences such as having a parent with mental illness or drug addiction, were far more likely to suffer from poor health later in life, including depression, heart disease, obesity and cancer.