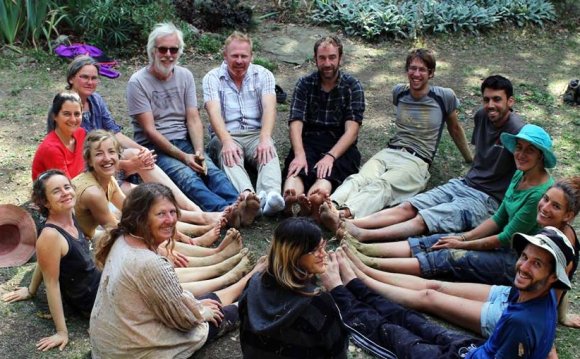 Truth is One, Paths are Many

Sri Swami Satchidananda himself did not belong to any one faith, group, or country. Dedicated to the principle that “Truth is One, Paths are Many, ” he went wherever he was asked to serve. He would bring together people of all backgrounds and beliefs for the purpose of learning respect for all the different paths and realizing their common spirit and the universality of their goal. He dreamed of a place where all could come together to individually realize the one Truth behind all the names and forms. The LOTUS (Light of Truth Universal Shrine) is such a place. Opened in July 1986, the Shrine – inspired and designed by Sri Swamiji – is located in the United States at Satchidananda Ashram – Yogaville in Virginia. It is dedicated to the light of all faiths and to world peace and it stands as a beautiful example of the universal teachings of Sri Swami Satchidananda. Sri Swamiji left his body on August 18, 2002.

Born to a spiritual family in South India in 1914, Sri Satchidananda’s childhood was filled with visiting swamis, poets, and artists.

Sri Swamiji spent his early years studying and working in such diverse fields as agriculture, cinematography, and electronics. He was successful in all of them, yet he chose to give up a personal life for a life dedicated to inner peace, spiritual knowledge, and communion with God. He studied with some of India’s greatest saints and sages: among them, Sri Ramana Maharshi, Sri Aurobindo, and his own spiritual master, the world-renowned Sri Swami Sivanandaji Maharaj of Rishikesh, Himalayas.

When Sri Swamiji was sent by Swami Sivananda to serve in Sri Lanka, it was not long before the first Satchidananda Ashram was founded by students who wanted to learn more from him.

He spent thirteen years among them. In 1966, he was invited to visit the West, where his deep spiritual realization made a profound and lasting impression. Once again, he was soon surrounded by sincere students inspired to follow in his footsteps. Today Satchidananda Ashram Yogaville is a community dedicated to his teachings and Integral Yoga Institutes and centers, based upon his teachings, can be found throughout the world.

In his travels around the world, Sri Swamiji advocated harmony among people of all faiths, philosophies, religions, races, and nations. He met with spiritual and governmental leaders and other dignitaries, among them: H.H. Pope Paul II, the Dalai Lama, Indira Gandhi, Mother Teresa, U Thant, members of the American Senate, and U.S. Presidents.

He traveled several times to the Soviet Union in an effort to encourage harmonious dialogue between the American and Russian people and to promote world peace. He received many honors for his service including the Martin Buber Award for Outstanding Services to Humanity; the B’Nai Brith Anti-Defamation League’s Humanitarian Award; the titles of: Fellow of World Thanksgiving, Honorary Fellow of the World Vegetarian Congress, and Fellow of Concordia University; and a Peace Award from the United Nations.