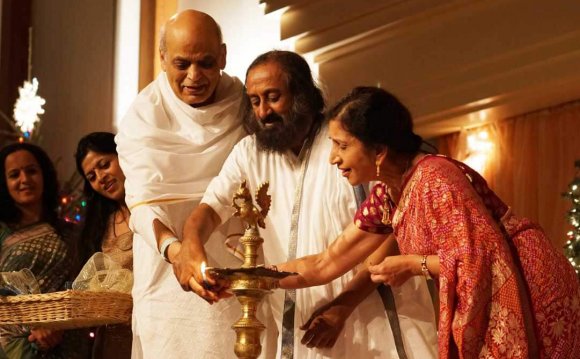 Cathy has been studying yoga at Purna Yoga East (formerly East Second Street Yoga) since 2006. She began to learn more about yoga after interviewing Catharine Eberhart (PYE director) for an article for the local newspaper, The Clayton News-Star, back in 2002. Although her busy work schedule as news editor at the newspaper and an even busier family life initially kept her from pursuing a yoga practice, once she attended her first yoga class she was hooked!
Over the years, Cathy has experienced the many benefits of yoga, including increased strength and flexibility and a greater sense of well-being that comes with taking time to care for oneself. However, she believes the greatest gift of studying yoga at Purna Yoga East has been the wonderful friendships she has developed with her “yoga buddies” – caring instructors and fellow students. She also has had the privilege of attending workshops with Purna Yoga co-founder and master teacher Aadil Palkhivala as well as Bryan Legere, co-inventor of the Great Yoga Wall.
Originally from Long Island, N.Y., Cathy and her husband, Jerry, moved to North Carolina in 1988 and to Clayton in 2001. She holds a Bachelor of Arts degree in journalism and communications from Buffalo State College, and works as box office manager at The Clayton Center. Cathy received her RYT-200 certification in April 2013, and she is eager to see where this new path on her yoga journey will lead.

Andy started his yoga adventure in early 2011 with his wife, Karen, as something new to share together. This quickly turned into several date nights each week and an increasing love of the practice. After about a year and a half, he started the 200 hour teacher training program and graduated in April 2013. Andy has found Yoga to be the best stress relief. In addition to Yoga, Karen and Andy enjoy sharing the adventure and bounty of their hobby farm. Having taught CPR and First Aid in addition to en extensive career in technology, Andy finds teaching at Purna Yoga East the perfect blend of passions.

Cindy began taking Purna Yoga classes in 2010 and has been a dedicated student ever since. She has enjoyed workshops with Aadil Palkhivala, co-founder of Purna Yoga, and Bryan Legere, co- inventor of The Great Yoga Wall. Cindy is eager to share her yoga experience with others, as she finds yoga a necessary part of her life. Keeping one’s body toned and healthy is crucial to the aging process.

Cindy is happily married to her high school sweetheart, Dean.They have two grown sons who are always close at heart. In her free time Cindy enjoys painting, decorating, shopping, going to the beach, playing with her retrievers, McKenzie, Stella and Libbie and cheering for the Wolfpack. Cindy is a graduate of Peace College and NC State University. An active member of Horne Memorial United Methodist Church, Cindy is involved in weekly Bible Study and United Methodist Women.

Cindy is a graduate of The College of Purna Yoga 200 hour teacher training program. She is very excited to share her love of Yoga and enthusiasm for a happy, healthy life.

April began studying yoga out of an interest in fitness. She was taking a break from “boot camp” and the gym mentality, and after finding Purna Yoga East, she never went back. From the first class, she felt she had found the perfect solution to an integration of health, fitness and overall well-being. By the end of the beginner sessions, Purna Yoga East felt like her home away from home. She couldn’t get enough. Bob would jokingly tell Catharine that she needed her own key since she was always there. She enrolled in the 200-hour Purna Yoga teacher training to deepen her own practice, not intending to teach. Since graduating she has felt called to share with others the deep love and joy she has found in yoga. She and her husband, Steve, who is now a student at Purna Yoga East, live in Raleigh with their five border collies, two horses and two cats. April graduated from Auburn University with a BS in education. After teaching preschool and elementary students for several years, she made a career shift and is now the Senior Veterinary Technician at Town and Country Veterinary Hospital in Apex. Teaching yoga gives her a way to utilize her degree in education and love for teaching.

Lara developed her love of teaching while living in Japan and Taiwan. Along with her husband, Rick Mercier, she traveled extensively in Asia during this time. They have also resided in Texas, Massachusetts and Virginia, where she worked for a variety of nonprofit organizations. After their daughter, Maya, was born, they returned to North Carolina and had another daughter Ella. Lara loves practicing Purna Yoga for the balance and perspective...