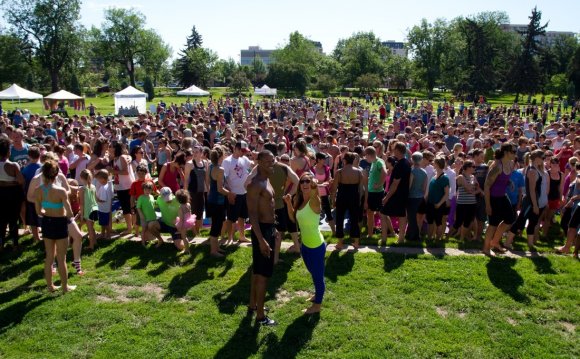 Jane is married and has been living in France since 1966. After a KU BA, she earned an MS in Education at K-State, then a licence and Maîtrise in English from the Sorbonne. Her two sons are bilingual, one graduated from KU in French and Journalism, one is a French-educated engineer. She sent us memories of Reinhardt Kuhn (having a class canceled because of the effect on everyone of the Kennedy assassination) and Serge Gaulupeau, the latter complaining about American bread at the Union cafeteria.

Although he wrote us in April 2000 from Arizona, Bernard lived abroad extensively and made full use of his competence in French. From 1970-97 he used French often as part of an active duty Air National Guard and Air Reserve career in such activities as Airborne Interpreter and Reserve Air Attaché, as well as Flag Office Escort at the Paris Air Show in 1997. He earned a Master of International Management degree at Thunderbird in 1973, and in 1976-77 he earned a French MBA at the University of Lyon. That was while he was living, working and attending graduate school in France from 1974-78. He married a French woman in 1979, divorced in 1983 "(no children)...would love to meet nice francophone/francophile woman of child-bearing age." In Arizona he is a landlord and real estate investor.

Kay is a 60's to 70's alum, 68-72; she spent her junior year in Bordeaux. She has been at the library at Baker University (south of Lawrence) since 1975. Her husband, George, also has a French UG degree from UNC, and his daughter, Joanna Wiley, graduated from KU in 1996, "with a degree in-you guessed it-French. Bordeaux memories abound, as do memories of a year in England a few years ago." Kay still plays the cello and is part of a trio, as well as playing in the spring concert with the chamber orchestra. She promises to send us the address of Bonnie Postlethwaite as soon as she has one "back in this part of the world."

Donna teaches middle school French and Spanish exploratory classes in Raytown. In 1999-2000, she was District Teacher of the Year and is active in FLAM (FL Association of Missouri), and is very active in a number of FL programs: she was local chairperson for the Central States Conference on Teaching FL in KC, spring 2002: (in 2000, she wrote "stop by and say hello!") Somehow she also manages a family. Her two children went to KU, a daughter, Katherine, in Accounting, a son, Jeremy, in Chemical Engineering. Jeremy was completing his 2nd year at KU Med School when she wrote, and she and her husband were planning a fall rafting trip in the Grand Canyon. She still owes us specific memories of Bordeaux (1966-67) and the SLI, but she does say: "I think that as I chronicle my career it is pretty evident the impact that the Summer Institute program and the Bordeaux Exchange had on my life."

After Julie left KU in 1963, she spent a year at Clermont-Ferrand (that exchange has been around for quite a while) and earned a Diplôme d'Etudes Supérieures, then went on to teach French at a series of colleges/universities; after twenty years with Phillips University in Oklahoma (that university went bankrupt), she left for Joplin, MO, to a private academy. Alexi Baloji (MA from KU) joined her staff and she spoke highly of him in her note. Julie was looking forward to publication of this newsletter and connecting with some old friends. [Every time I read (re-read) a note like that I feel more pangs of guilt at my slowness.]

Sharon was in French Education and Art History and remembers our colleague who worked in both departments, Marie-Josèphe Dulade-Charpentier as a "fascinating person who was very strict with her classes." [As a colleague, I remember her in the great production of Lorenzaccio, directed by visiting professor Philippe Lefebvre.] She uses her Art History background in work (Director of Marketing for ScriptPro in Mission, KS), but used her French in the early years of her marriage working for Dr. Paul Pimsleur at OSU and later for Dr. John Lapp at Stanford (Prof Lapp spoke here many years ago, and, yes, Sharon, I'm not surprised at his comments about "hick" Kansas). She may not use her French in her work, but Paris is a favorite city for her husband and her and, of course, she spends much time at the Louvre.

Ann spent the summer of 1968 in Lausanne, Switzerland, with the Experiment in International Living. After KU, she worked 20 years as a flight attendant with TWA, then 13 years as a community counselor for the American Institute for Foreign Study running their au pair program in the KC area. She is married and has two sons, 18 and 15.

Mary sent us two copies of the newsletter produced by students on the 1968 SLI (held in Geneva rather than Paris because of the 1968 student strikes in France): Thank you, Mary. We need more memorabilia like that. In addition to the SLI, Mary held the graduate fellowship exchange to Strasbourg in 1971-72, and she has maintained her professional interest in French, earning both an MA and PhD in French at Indiana University, and teaching both at the secondary and post-secondary level. When she wrote, her full-time teaching position was at Marple Newtown High School in Newtown Square, PA. She has been active in the AATF and initiated a "keypal" program for her French IV and V classes, with a lycée in Lillebonne, Normandy.

Barbara married Edward W. Osborn soon after graduation; he also earned his UG degree from KU, then went on to the OU School of Medicine. While they were in Oklahoma City, Barbara taught French and English at middle schools. On to Virginia Beach and a residency in pediatrics, back to OK (Okmulgee) where they continue to operate a private practice in pediatrics. Two sons, 31 and 26, both KU graduates (Brian majored in computer science and German, Derek in anthropology). Derek remained n Lawrence and owns and operates Simply Wireless. Brian studied in Kiel on a fellowship from KU, opened his own business there (prompting Barbara to study German) and was to marry an Italian girl the May following this note to us, so she was also studying Italian! She and her husband have hosted exchange students from Germany and Sweden. [I have to stop somewhere; her activities overwhelm this recorder.] She added excellent details of her memories of KU and of her SLI experience in 1965, plus some photos. They'll be invaluable for the history of French studies. (Yes, Barbara, we'd appreciate xeroxes of your issues of Le Tournesol.)