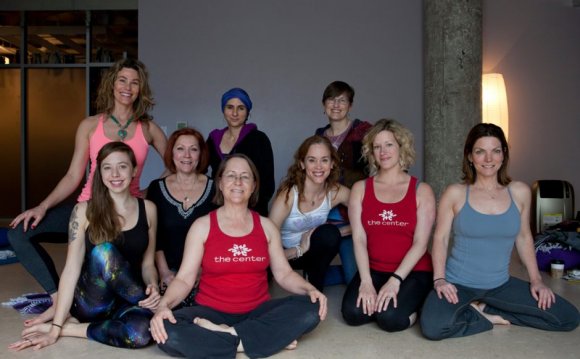 Sonia Sumar began teaching Yoga for children with special needs after her daughter Roberta was born with Down Syndrome in 1972. Down Syndrome is a genetic disorder characterized by mental retardation and other developmental delays. Sonia noticed many positive changes in Roberta from using Yoga therapy, so in 1975 she became a Certified Yoga Teacher. At that time, she dreamed of visiting India to find a living Guru to help her deepen her Sadhana, her spiritual practice. However, she was unable to afford it. Her favorite Yoga teacher was Sri Swami Sivananda. Much of his work was already available in Brazil where she lived, so Sonia followed his teachings through his books.
​Sonia's life dream is to help the world's special children achieve their full potential and become active and productive members of society. Nothing can better express her success than the letters she receives from the parents of her students.
Sonia holds a Bachelor's Degree in Education and has taught at elementary school level. She has conducted workshops and addressed special education programs and symposia in North America, South America, Europe, Asia, Oceania, and India. In 1980, she founded the Integral Yoga Center of Belo Horizonte, Brazil, now headed by her daughter Renata. In 2001, Sonia opened the U.S. Headquarters of Yoga for the Special Child, Satchidananda Yoga Center, in Evanston, Illinois. She currently resides in Florida. Sonia continues teaching children and adults and offers her specialized training courses to Yoga teachers and other professionals worldwide.
Her book Yoga for the Special Child has been published in English, Portuguese, and Chinese. Dutch and Spanish translations will soon be available. The eBook will soon be available in English.
Sonia is a recognized member of: Yoga Alliance; IYTA - Integral Yoga Teachers Association; and IAYT - International Association of Yoga Therapists.

Renata started to practice Yoga with her mother, Sonia Sumar, at three years of age. While still a child, Renata participated in many Yoga courses and conventions with her mother. At twelve years, she completed her first Hatha Yoga Teacher's Training Program through Brazil's Federal University at Minas Gerais (UFMG). And, at fifteen years old, she began her teaching career in Hatha Yoga.
In 1989, Renata advanced her teaching skills by completing the Teacher's Training Program for Yoga for the Special Child. In 1990 Sri Swami Satchidananda, the great teacher and founder of Hatha Yoga Integral, visited Sonia Sumar's Yoga Center in Brazil and this visit caused Renata to begin following a new path. By the end of 1991 Renata went to Satchidananda Ashram in VA. In 1994 she received her university diploma in Speech Therapy. Her thesis, "Yoga as a Method of Global Stimulation for Children with Down Syndrome", describes her original research which indicates Yoga is an effective method for stimulating the development of children with Down Syndrome.
In 1995 Renata returned to Satchidananda Ashram where she spent seven months under the guidance of Sri Gurudev. During that time Renata participated in courses and attended many lectures, constantly trying to increase her knowledge about Yoga. Renata also assisted her mother by helping to teach her annual courses of Yoga for the Special Child at the ashram and in New York City.
Renata is the Director of the Integral Yoga Center in Belo Horizonte, Brazil and a member of the Integral Yoga Teachers Association, Yoga Alliance, where she is a E-RYT at the 500 hour level and E-RCYT.
She moved to Sarasota, FL in October of 2007 with her family. She is now working with Sonia and still running the Yoga Center in Brazil with 2 partners and she goes with her family once a year in order to teach programs and workshops.
Source: www.specialyoga.com