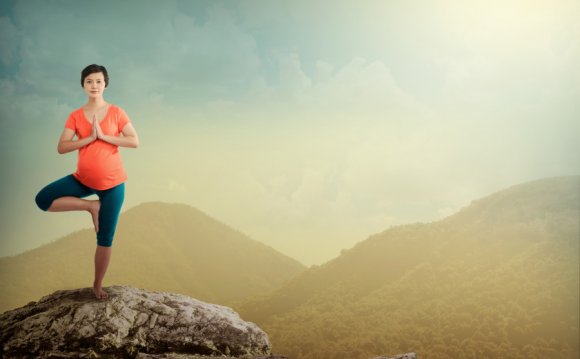 Ananta was first introduced to yoga in his early twenties by an Indian doctor. At the time he was mostly interested in the meditative aspect. After several years of studying different religions, and personal soul searching he began to crave a physical practice. That’s when he started looking for a shala. Searching through the internet he came across ABY, after his first class he was hooked. Immediately he began taking up to four classes a day. A few months later he enrolled in the teacher training program. Ananta currently has a six day a week Ashtanga practice. He is a 200hr RYT. He teaches Intro to Ashtanga, Vinyasa, and beginner yoga. Ananta believes the way to happiness is through service to others.

Elizabeth has taught Yoga internationally since 2007. She received a 200 hour teacher certification from White Lotus Foundation in California in 2006, and a 500 hour certification from Escuela Internacional de Yoga in Spain in 2009. She also studied Yoga Therapy at the word renowned Krishnamacharya Yoga Mandiram in India. Her teaching is influenced by working with Physical Therapists, Health Professionals and Energy Workers. She is certified to teach Prenatal Yoga and loves focusing on building core strength through breath work and alignment. An engaging and approachable spirit, her classes are playful and encourage the connection between physical and mental strength. Elizabeth is a Holistic Health Advocate who draws on additional training in Pilates, Massage, Reiki and Nutrition to provide thoughtful and compassionate sequences that are balanced and fun for practitioners of any level.

Gretchen Abbott has been practicing meditation and yoga for over twelve years. She recently graduated with her 200hr TT from yogaville where she was trained in integral yoga. Integral yoga is a complete practice of yoga with pranayama, meditation, chanting, asanas, and yoga nidra (or deep relaxation). Although, Gretchen enjoys teaching this class, she is also well versed in Yin yoga, chair yoga, Vinyasa flows, and kids Yoga. She has been teaching vinyasa and chair yoga since she was in high school at the Sullivan House. Gretchen has been a preschool teacher for four years and has incorporated kids yoga into her class from the very beginning.

Gretchen’s approach to yoga is gentle and easeful. She advocated and encourages “mindful movement” a practice that she continues in her own day as well as with all her clients. Listening to the body and breaking the socio-normal walls of the term “no pain-no gain”. Gretchen’s classes are family friendly and encourage the awareness of the self, the breath, and the body. Integrating mind, body, and spirit in a practice to tone and strengthen the body subtlety.

Growing up in Oklahoma, Hallie watched her mother do yoga in their living room and wondered, “What the hey?” When Hallie moved to VB, her mother’s daily practice inspired her to take her first yoga class. That was in 2010, and yoga has changed every facet of her life. She started yoga for the physical aspects, but fully embraced it for the way of life it encompasses. It has enabled her to weather life’s curve balls and do it with a positive attitude.

The excitement she feels for yoga expanded into every corner of her life until she found she wanted to share that enthusiasm with others. She enrolled in a 3-week immersion teacher training in Asheville, NC. While there she learned to breathe, let go, and forgive. Hallie’s classes are spirited and challenging, yet accessible to all levels of practitioner. You will have fun and leave feeling renewed and inspired. She has a degree in genetics from the University of Oklahoma and earned her RYT 200 from the Asheville Yoga Center. Her son, Jimmie, attends Virginia Tech.

“Life is not a dress rehearsal. Laugh. Love. Embrace it all.”

Leilani is a Registered Yoga Teacher at the 200 Hour level (RYT 200), also a member of the Yoga Alliance. She is the owner and director of Aloha Yoga Wellness Center LLC and teaches private and group Yoga and meditation classes for children and adults world wide. Leilani’s Sanskrit name, Karuna, was given to her by her teacher C. Mae Jones at ABYS and Yogaville. Her name means compassion, and selfless heart.

Leilani is from the coastal town of Hana Maui, Hawaii. With a deep love and connection for the natural energy of the earth, she spent her childhood surfing, paddle boarding and hiking. After moving from Maui she sought to broaden her understanding of the natural environment and to become more in tuned with her physical energy (prana). In 2006 she discovered Yoga, which brought new spiritual insight and physical focus into her life. Through her Yoga practice she found progression in her training as a Tri-Athlete and Human Performance instructor for the military. Since 2006 she has completed 32 nationally recognized races and sports competitions and credits her Yoga practice to her ongoing success and athletic advancement. In 2015 she found ABYS and immediately enrolled into their teacher-training program, which she completed in 2016.