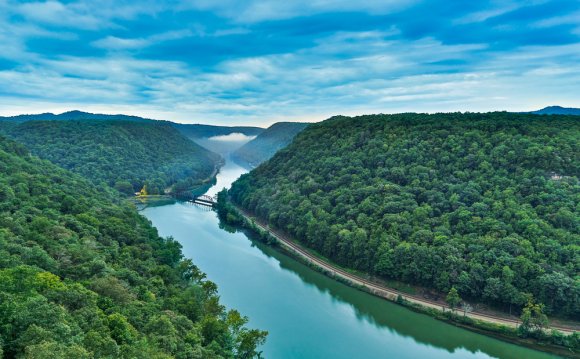 As the late, great Jimmy Durante used to say, everybody wants to get into the act: suddenly, every hotel worth its five diamonds is opening a spa. In-room massage plus a vest-pocket gym with two treadmills just doesn't cut it anymore. By the end of the year, multimillion-dollar facilities will have been added to the Four Seasons Hotel in Washington, the Breakers in Palm Beach, La Quinta Resort, Marriott's Rancho Las Palmas in the Palm Springs area, and Las Casitas Village in Puerto Rico. Other resorts—Hyatt Regency Beaver Creek, the Boulders in Arizona, Sonoma Mission Inn & Spa, Four Seasons Resort Maui at Wailea—are expanding existing spas. More significant still, both the Golden Door and Canyon Ranch, two of the best-known spa brands, will open new outposts. The next Ranch will be part of the new Venetian complex in Las Vegas; the Door's CitySpa branches, with abbreviated or simultaneous services geared to the busy traveler, will debut in Toronto, Miami, Chicago, and Philadelphia as part of the new Grand Bay hotel group.

Why all the action on the spa front?Peace of mind has become a precious commodity, and those who market it successfully turn a pretty profit—and help people in the process, let's not forget. Many stressed-out Americans urgently need to escape their work schedules and address such life issues as aging, dietary habits, and sexuality. What better place to do this than a haven where that willful child called the Inner Me is given center stage?

Destination spas have shed their reputation for attracting idle women who lounge around the pool trading stories about serial husbands. Now, guests—both men and women—are more likely to be trading stock tips during a kickboxing class. These stand-alone spas are best suited for those who desire a sense of community, have specific goals, and need encouragement to meet them. Everyone eats, exercises, and explores new spiritual pathways together. Destination spas are also champions of emerging techniques for self-improvement, which can be as trendy as color therapy, as gritty as rock climbing, or as spiritually minded as labyrinth walking—a meditation method for impatient Westerners who don't get the sitting still thing. Resort spas, on the other hand, represent choice. Guests might schedule an hour or two per day in the spa, sampling new treatments and classes, then pursue more traditional forms of leisure: golf, tennis, skiing, beachcombing. And if they don't feel like sticking to a strict diet, nobody gives them grief when room service delivers a cheeseburger and a side of fries.

The following spas, whether they embrace tough love or tender mercy, are the best America has to offer right now. One of them will have the right sensibility and services for your next retreat.

Ojai Valley Inn & Spa Country Club Rd., Ojai, Calif.; 800/422-6524 or 805/646-5511, fax 805/646-7969; doubles from $210, day-spa packages $130-$300. This classic California resort opened its Spanish-style spa last December—too late to garner enough votes to register on our World's Best survey. But Hollywood hotshots like Will Smith and Jada Pinkett have been coming here to hide out in the penthouse. There they can schedule treatments in a cloistered room with its own sauna, or ride a private elevator down to the stucco-and-Moroccan-tile Mind/Body Center for a dip in the lap pool and a session in the weight room. The spa can arrange horseback riding, tennis, golf, and art classes as well. Best workout: The gym is a bit small and crammed with equipment, but the Tectrix virtual-reality bikes are fabulous. Latest craze: The Kuyam ($50), an updated Chumash Indian sweat lodge where you inhale lemongrass-infused steam after being coated with cleansing mud and herbs. Top treatment: Petals ($80), a rubdown with powdered roses followed by a rose-gel shower and rose-oil massage.

Sonoma Mission Inn & Spa Hwy. 12 at Boyes Blvd., Sonoma, Calif.; 800/862-4945 or 707/938-9000, fax 707/996-5358; doubles from $185, spa packages $250-$365 per person, double. Smack in the middle of the Sonoma Valley, this California Mission-style spa is favored by wine-country habitués such as Robin Williams. Staff members—called providers rather than therapists—offer such thoughtful touches as heated robes and herb-filled neck pillows in the waiting lounge. The great outdoors: A 11/2-hour wine-country walk and tasting ($18) with Pat, who knows every plant and animal in Bartholomew Park, a winery that showcases Sonoma County viticulture. Water therapy: Natural hot artesian mineral whirlpools. What's new: The two-hour Rejuvenator ($179)—an herbal facial, hot-oil hair mask, and scalp massage.

Spa Internazionale at Fisher Island Fisher Island Club, 1 Fisher Island Dr., Fisher Island, Fla.; 800/537-3708 or 305/535-6020, fax 305/535-6032; doubles from $330, three-night spa package from $1, 575 per person, including meals. The South Beach crowd clamors for this spa, on a private island that's a seven-minute ferry ride across Biscayne Bay. Once a Vanderbilt retreat, Fisher Island houses its star clientele in cottages and villas; on a morning jog you're likely to bump into Pete Sampras, or Andre Agassi and Brooke Shields. Even D.C.'s leading ladies—Hillary Clinton, Tipper Gore, and Madeleine Albright—come south and reserve the spa day suite, which has a fireplace, treatment room, ballet bar, steam room, and sauna. What's new: The Cryotonic Leg Recovery ($65), which improves circulation with products from the Phytomer line. Jet-lag detox: A soak in the Thermal Mineral Kur ($125), followed by an Island Salt Glow ($55).

Two Bunch Palms 67-425 Two Bunch Palms Trail, Desert Hot Springs, Calif.; 800/472-4334 or 760/329-8791; doubles $175. Remember the scene in The Player where Tim Robbins lounges in a mud bath at Two Bunch?It's true, L.A. movers and shakers really do use this Coachella Valley spa as a desert hideout. See if you can spot the celebrity under a coating of green clay—Mel Gibson, Rene Russo, Meryl Streep, and Madonna have all soaked in the geothermal spring pools here. Two Bunch keeps coming up with innovative treatments to please the jaded L.A. crowd, such as craniosacral bodywork ($85) and Ayurvedic massage ($220). Latest craze: Color therapy ($125), guided meditation and massage meant to release stress and balance your chakras (energy lines)—you're massaged in a stained-glass-windowed gazebo while different-colored lights beam down on corresponding body parts. Top treatment: Aqua Soma ($90), which incorporates sensual Watsu (water shiatsu) and underwater music in a body-temperature pool. You return to solid ground feeling like close kin of dolphins. Take home: Two Bunch Palms Mineral Water Green Clay ($28), a fantastic exfoliation mask.