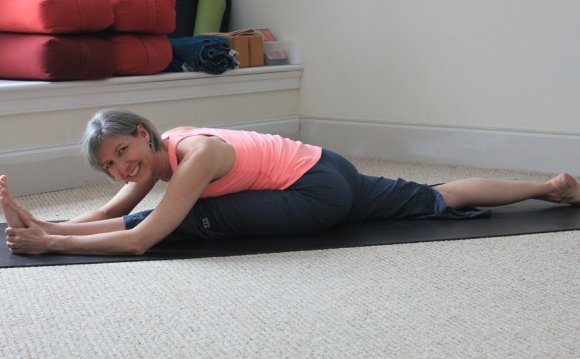 Mysore style is an un-led class where students arrive any time during the specified hours. The teacher greets students one-by-one and gets them started on a set series of Ashtanga Yoga postures, breathing, and gazing points. The teacher circulates quietly, giving individual adjustments and tailoring the series according to each individual’s level and needs. Teachers are able to give customized one-on-one attention, which in turn allows students to develop independence and responsibility for their own practice. The student’s inward focus is an opportunity to foster the meditative state we seek from yoga.

Tova Steiner began her Ashtanga Yoga practice in Portland, Oregon, in 2003 with Casey Palmer, and she has maintained a daily practice ever since.

Over the following years she studied alignment and adjustments with Tiffany Cruikshank and David Swenson, and began teaching in 2006. Since 2009, Tova has traveled three times to Mysore, India, to study at the source of Ashtanga Yoga, and in 2012 earned a Level 2 authorization from Sharath Jois, the director of the Krishna Pattabhi Jois Ashtanga Yoga Institute.

In addition to R. Sharath, Tova has had the great blessing to receive guidance from Angela Jamison, David Keil, and Eddie Stern. In June of 2011 Tova began a meditation practice with a ten day silent vipassana retreat. She maintains a daily meditation practice and strongly encourages her students to do so as well. Tova strives to teach in the manner she has been taught: with warmth, patience, and dedication, and to maintain true to the system as it continues to be taught at the KPJAYI.