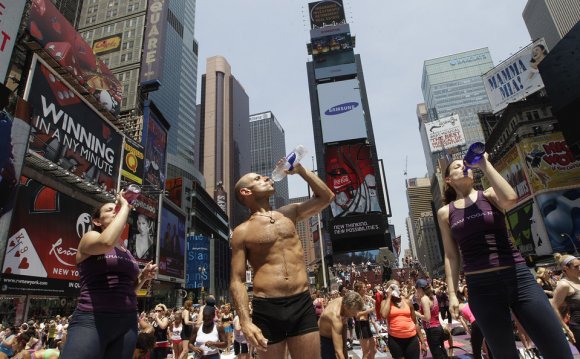 Randy’s gift to me was the essence of compassionate strength. Such a strong man, Randy could have easily used his stature and military skill to display a hardened strength. Instead, he showed me that strength can be powerful but also soft and compassionate. He was loved by so many because he loved so many. Strength, compassion, humor, intelligence, and friendship. Thank you, Randy.

I am left with such a heavy heart as I learned of Randy’s passing today. Randy and I met at Hot Yoga where he practiced in Johns Creek. Randy had such a kindness about him that was infectious. He was loved and adored by all his fellow yogis and students.

He will be deeply missed and yet never forgotten. It is not often someone touches your heart in a way that he had touched mine. He was such a wonderful soul and I will miss him and his smile.

My deepest condolences to his family. May God guide him to be amongst His Angels.

When I came to yoga, in the very beginning, I sometimes felt invisible. Because of all the other daily slights of racism, I wondered if it was because I was a person of color. I loved going to Randy’s class because he always saw me, acknowledged me, knew me. I appreciated not being the only person of color in the room. I know that the studio grew and things (and I) changed, but at my start, in 2006 or so, that was important to me.

Randy was a bright ray of sunshine and love. My husband did the 10 day trial once and every time after that, for years, Randy asked me when my husband was coming back to yoga. He didn’t give up on people.

I’ve done Bikram yoga in San Francisco, Berkeley, Baltimore, Boston, Waltham, Asheville, Cambridge, Kansas, New Orleans, DC – everywhere I travel for work. Still Hot Yoga is the most diverse studio (race, age, body type, etc.) I have ever practiced in. I have never seen as many people of color, and black men in any other studio. I think Randy played a big role in bringing this yoga to many, many more people.

I just heard of the news of Randy’s passing. This is truly awful news. It’s been a while since I’ve been at the studio, but I remember taking classes from him. He was always enthusiastic, helpful and friendly. My condolences to his friends and family.

I have fond memories of Randy’s heartwarming, welcoming and cheerful personality. He helped me accomplish my first 30-day yoga challenge and I still remember his charming, teddy-bear smile from those early morning 6am classes when I needed a little extra motivation. I cannot thank him enough for the influence he’s had in my journey toward health and I will remember him always!

Such a sweet and kind soul.

I was in Randy’s very first Bikram class. He was hot, loud, hilarious, determined, and hilarious. I can remember that he was encouraged to use the wall for stability during a standing balance posture. He did so, unapologetically. Truthfully, I didn’t think that I would ever see him in class again, but I admired his effort.

I was wrong. I did see him. I saw him nearly every afternoon for several years. As I rushed in, quietly loathing my only class of the day, he was often cooling off before his second. We got to know each other before and after class. His smile lit up that hot, dim room, every time that he was in it.

I can remember when he no longer needed the wall for balance. I remember the excitement as his back was healing. I remember when he found his breath and his peace in the class, and in postures that he struggled with years before. I remember when he was preparing for teacher training. I was in his last class before he left. I was honored to be a part of his intimate inaugural class when he returned, stronger and leaner.

I was one of the faithful few in his early sunrise classes, and like so many, I especially Sunday classes. As an instructor now myself, I regularly mention Randy’s journey from wall-hugger to rock star instructor, when motivating new and skeptical students. This yoga practice of his was but a metaphor of the integrity, intensity, intention, diligence, joy, love, laughter, and peace that lived everyday, outside of the hot room.

Randy has been one of my biggest sources of inspiration concerning my Bikram practice. I believe he started around the same time as I did around 11 years ago. I noticed he was there whenever I went to class and asked why he went so often. He informed me that he was going to be one of our teachers.

I continued to practice sporadically and returned after a long absence to find him in fact in the teacher’s seat! What an accomplishment! His accomplishment inspired everyone, but I know that myself and other African American students were truly motivated by his consistency and dedication to his practice. My deepest condolences to his family. Randy was one of the nicest people that I have been blessed to know.