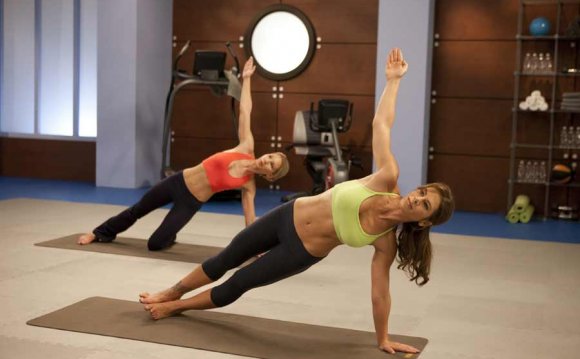 The Avant Gardeners are fiddler and vocalist Laura Light, Dave Wiesler on keys, Dave Bartley on guitar and mandolin and Loren Oppenheimer on tabla. The tunes are eclectic, original and rootsy – American hybrid variety. The group mixes traditional American, Quebecois and Irish tunes with their original compositions, all flavored with the complex rhythms of the tabla and the improvisational prowess of the Gardeners. The deep grooves of the band’s mixture of traditional and composed tunes have contributed to the delirium of dancers at countless dances and concerts from coast to coast. Their range of performing styles from traditional swing, Celtic and old time and their facile improvisation on fiddle, guitar, mandolin, and percussion have given this group their reputation as one of the premiere contra and swing dance bands in the country since their formation in 1999.

They have performed for festivals and dances as far as the Auckland Folk Festival in New Zealand to your friendly neighborhood dance in every state of the union. Festival appearances include Bear Hug Fest in Montana, American Dance and Music Week in California, Augusta Heritage Arts Week in West Virginia, Chahalis dance weekend in Canada, Gypsy Meltdown in South Carolina, Terpsichore dance and music week in West Virginia, Grand opening ball for Glen Echo Spanish Ballroom in Washington DC, the Snow Ball in Florida, Wasatch Wiggle in Utah, Heritage weekend in Michigan, Tapestry festival in Minnesota, Kind Voices radio show, prize winning performances at Clifftop String band festival in West Virginia, Northwest Passage in Oregon, Fire Ant Fest in Austin Texas, Feet Retreat in North Carolina, Bug Stomp in South Carolina and many, many more too numerous to mention over many years. Their albums include Moonshine, Lime and Sugar, Stronger than Dirt, Tulip Bandits, Goats in the Garden and Moonshine, Lime and Sugar, as well as the waltz collection, Katchemak Bay Waltz.

Laura Light has been fiddling for dances, festivals and celebrations for over thirty years. A true American hybrid, she was born in the heartlands, spent the seventies in folk and bluegrass clubs in the San Francisco Bay area, homesteaded, played hoedowns and raised babies in southeastern Ohio, and currently hits the national contra dance circuit and old time festivals of the southeast. Through her work at the Augusta Heritage Arts of Elkins, W. VA. Laura learned from Dewey Balfa, Liz Caroll, Buddy MacMaster, Howard Armstrong, Johnny Gimble and Richard Forest. She also credits her dear friend, Freyda Epstein, a lifelong inspiration violin, vocal and artistic coach. She is known not only as a tireless and skilled fiddler in many traditional styles, but also as a vocalist and song writer. She currently lives in Asheville, NC, with her dog Kali, where she mentors the soon to be famous Asheville Open Band, and plays with offshoot groups, The Asheville Cats, Limo, The Nouveau Gardeners and Gold and Light.

Dave Wiesler, one of the original three Avant Gardeners along with Dan Sebring, started the group with Laura back in 1999. The three immediately bonded in their love for stepping outside the lines (listen to “In the Cracks, ’ Dave’s beautiful solo cd.) Dave is well known and even more, well loved, for his spirit, his compositions, his unparalleled talent on piano, and his great singing voice. Dave and Laura are the heart and roots of the Avant Gardeners. Dave currently lives in Delaware with Nathan, Sam and Julie. He is a full time Dad, but still squeezes out time to write, record and perform with his various groups.

Loren Oppenheimer grew up near Charlottesville Virginia with a free spirit and eclectic tastes in music. He eventually found himself drawn to the tabla, where he devoted ten years to living and studying from his master. Upon returning to Virginia, he met Laura at her yoga teacher training. She asked, “Want to play for a contra dance?” Now after three years on the road with the Avant Gardeners, Loren has definitively introduced tabla to the American contra dance network – to rave reviews. He, with Dave and Laura, perform as the trio version of the Avant Gardeners.

Dave Bartley lives in Seattle where he plays with many well known groups, including KGB and Contra Sutra. His facility on mandolin and guitar and his prowess as an improviser and composer keep him in high demand as a performer. The Gardeners are thrilled to have him along for major performances.

As most of us know, these days with travel and busy schedules being what they are, The Avant Gardeners have the good fortune to have these fine musicians to call on when Dave Wiesler is on kid duty or Dave Bartley off hiking in the mountains or involved in other music projects.

Bert Carlson lives in the mountains of Virginia and plays a dazzling range of music from eclectic jazz to old time and bluegrass. Much in demand for his rather prodigious skills on the guitar, Bert is also a great singer and harmonizer and loves as much as anything to back up singers. Hence, the connection with Laura and the almost instant friendship and desire to collaborate. He adds a fire and level of improvisation to the dance music that is extraordinary. He performs often with Laura as a duo or trio performance.

Roger Gold of Asheville, North Carolina (also plays in the duo with Laura – Gold and Light) has been ably filling in for Bert as Bert recovers from some health challenges. Roger is one of the best and also one of the best loved contra dance guitarists in the country. He plays with accomplished fiddlers too numerous to mention, due his solid back up, unique and inventive style and improvisational technique, and all round musicianship. His awareness of the dance and dancers put him firmly into the “always booked” category. The Avant Gardeners are lucky to have him on board. As many of the dance organizers say – “We’ll take any band with Roger Gold in it!”

Moonshine, Lime and Sugar – newly released and to great reviews! This album features some of the newest Avant Gardener hits, but mostly showcases Laura’s new writing and songs. As usual, the back up musicians (Bert, Loren, Ralph Gordon, Jeff Romano, Zydeco Ya Ya, Roger Gold) are amazing and the tunes eclectic, from country waltzes and ballads to swing and blues. Laura’s tunes always have a way of sounding like they’ve been around a long time, and we hope you’ll enjoy the new album.

Goats in the Garden is the most recent and perhaps the most soulful yet of the Avant Gardeners cds. It features great percussion, all original dance tunes and waltzes, and some beautiful singing, including an all star chorus on the gospel tune – I am Lost. There is the classic gardener mix of swing, jigs and reels, brand new waltzes and some surprises.

Tulip Bandits, with George, Laura, Dave, Roger Gold, Stuart Kinney, Scottie Williams and Bobby Read was j released in the spring of 2006. This recording is mostly original compositions and mostly the dance medleys we’ve been asked to record! Thanks to all of you who kept writing to urge us to get it done! In addition, there is a little Ray Charles, and a couple of sweet ballads of Laura’s. Done live in the studio, the recording captures some of that good contra mojo.