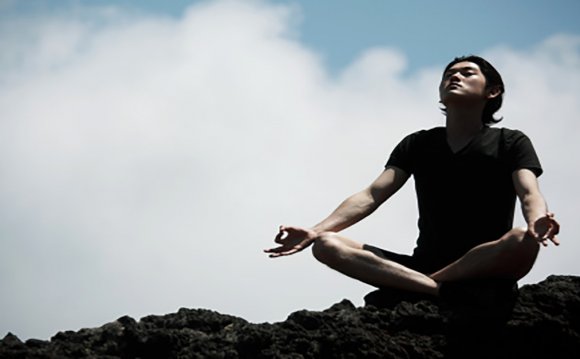 A studio in Portland caters to overweight yogis. But is that a good thing?

A new studio in Portland, Oregon, is raising eyebrows for its efforts to encourage overweight and obese people to do yoga at their studio. Fat Yoga’s mission is to bust the stereotype that yoga is only suited to Spandex-wearing skinny people.

In an, Fat Yoga studio owner Anna Ipox said that while people of every size are welcome to the studio, her instructors work especially with overweight students who cannot perform traditional moves like child’s pose due to their stature. According to Fat Yoga’s website, most of the instructors also “identify as fat.”

Fat Yoga’s mission isn’t all new, however. Buddha Body Yoga in New York City is advertised as being “for every kind of body” and works with larger people to achieve yoga poses by providing modifications. There’s also the online community called Curvy Yoga, which encourages curvy women to start their own yoga practice and teaches yoga instructors how to instruct their plus-size students.

But would Fat Yoga work in Washington?

“I don’t know that it would work anywhere, ” says local instructor . “I think any time you want to box people in and label themselves, you run into some problems.”

Mulqueen says she can understand the uncomfortable feeling of walking into a room where you’re the minority; while she’s not overweight, she says she’s often the oldest person in her yoga studios. The same uncomfortable feeling is often felt among less flexible men or people who are completely new to the practice. Mulqueen points out, “Anyone who walks into a yoga room for the first time feels self-conscious.”

The bigger issue about the Fat Yoga studio is that it shows a yoga community exists that does not foster a sense of welcoming and acceptance, Mulqueen says. She cites Sri K. Pattabhi of Ashtanga Yoga, who once said, “Old man, stiff man, weak man, sick man—they can all take practice, but only a lazy man can’t take practice.”

Yoga, in other words, is for everybody. “It doesn’t matter if you can’t touch your toes, ” says Mulqueen. “If we’re not doing a good job as a community by communicating that, that’s where we need to be better.”