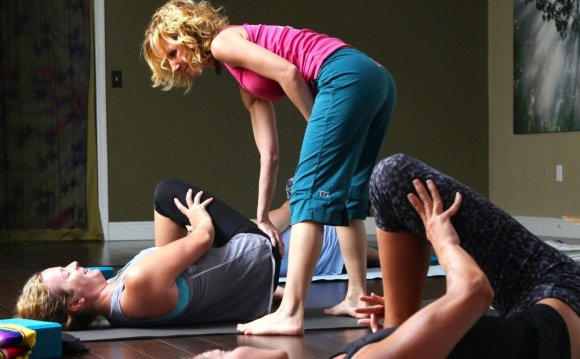 After studying various movement styles, Reggie began practicing Bikram Yoga while residing in New York City in 2000. He quickly discovered that the 26 posture Bikram Yoga series took him to deeper sensations of relaxation and self-realization than anything else he had practiced in the past. Also, his chronic back pain subsided and eventually disappeared altogether within weeks of continued practice. He also lost unneeded pounds and significantly lowered his blood pressure. Reggie is the 2010 Men’s Virginia Yoga Champion and represented Virginia at the National Yoga Asana Championship in Los Angeles in March 2011. Reggie earned his Bikram Yoga Teacher Certification in June of 2001. When teaching Bikram Yoga, Reggie uses his theatre skills often. One of his New York City students remarked, “Reggie’s instruction is positive yet firm, encouraging and focused. A great motivator and really knows how to get the best out of you.” Reggie resides in Reston with his partner, Dave, and their rambunctious black pug, Lord Mugsley von Snuggles.