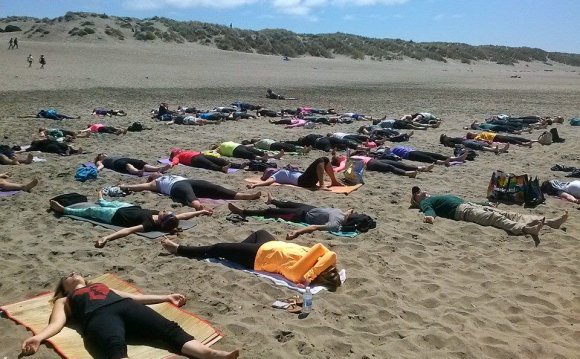 Bob Speer, President
Bob Speer has been a short-order cook, a Coca-Cola delivery driver, a stable boy, an elementary-school teacher, a social worker and, for most of his adult life, a journalist. The retired longtime editor of the Chico News & Review has been practicing Buddhism more or less diligently for more than 40 years. He founded Slowly Ripening Sangha in 2001. He lives in Chico, is married and has three children, only one of whom still lives at home.

Casi Ragsdale, Vice President
Casi works as a Speech Language Pathologist in the Deaf and Hard of Hearing Program, for Butte County Office of Education. Casi teaches Language and Culture of Deaf Americans at California State University Chico. She holds an M.A. in Communication Arts and Sciences California State University Chico. She enjoys dance, yoga, meditation and singing mantra at the top of her lungs while commuting to work. Casi was elected to the board in 2011, and currently acts as the Booking Coordinator and Webmaster of Sky Creek Dharma Center. She is a member of the Dharma Buffet Meditation Group and is a practitioner of Tibetan Buddhism.

Roger Trent, Secretary
Roger studied at California State University Long Beach (BA), Uppsala University in Sweden, Tamil Nadu Agricultural University in India, and the University of Washington (MA, PhD). He was on the faculty of West Virginia University and worked as a statistician and epidemiologist at CDC’s Appalachian Laboratory and at the California Department of Public Health. Now retired, he consults on public health research and serves on the state Committee for the Protection of Human Subjects in the state Health and Human Services Agency. He has taken the Buddhist precepts in the traditions of Thich Nhat Hahn (2003) and Serene Reflection Meditation (2004). He sits with the Chico Serene Reflection Meditation sangha.

Piper Miles, Treasurer
Piper learned about ten years ago the “weird” experiences in her life that had occurred since childhood were considered those of a Mystic. That “Aha” moment provided by a teacher now behind her- she has charged ahead into the realms of spirit, heart, and oneness. This realization has consequently shown all the teachers that have occupied her life along the way, and the learning they shared. A background in professions from corporate trainer, event planner, to store manager and bookkeeper, and with knowledge from Spanish to Accounting, and Anthropology to Yoga, have served to teach that life is interconnected on all levels. She believes that every experience and moment provides an opportunity to be a teacher/student. To that end, she is happy to be asked to participate in the unique community that is Sky Creek Dharma Center, and serve on the Board of Directors. Piper returned to Chico in November 2012 with her husband and two dogs; after living here as a child and college student. Sonoma is where she previously called home, raising kids, working, and volunteering for local groups Willmar Center for Bereaved Children, Friends of the Library, and the Sonoma Community Center.

Don Brooks
Don began Dharma practice at The Still Point Center, which evolved into the Chico Taoist Study Group. He has attended retreats at The Living Compassion Monastery, and workshops in Compassionate (Non-Violent) Communication. Don graduated from Chico State University in 1972 and has worked as a telecommunication technician, local union president and union organizer; He attended Cal Northern School of Law and has specialized in Workers Compensation and Social Security Disability law since 1993. Don enjoys yoga, biking, in addition to family and dog related outdoor activities.

Lakshmi Ariaratnam
Lakshmi Ariaratnam served as the Physical Sciences Reference and Instruction Librarian at California State University, Chico for 19 years, and as Librarian at Butte College for ten years. After earning a Graduate Degree in Library and Information Science from Case Western University in Cleveland, Ohio, she worked at the Riverside City and County Library. She has taught high school science and worked as a chemist at a research institute in Colombo, Sri Lanka. She has been active with the Chico Peace and Justice Center as well as organizing Non Violent Communication (NVC) trainings in Chico and is a member of the Norcal NVC Steering Committee. She is part of an international folk dance group and sings with Karamfil Singers, as well as participating in a Bhagavad Gita study group at the Grace Light Hindu Temple. She was a founding member of Sky Creek Dharma Center, has been a member of the board since its inception in 2006 and is a member of the Slowing Ripening Sangha.

Laurie Howard
Laurie has been a Certified Massage Therapist and healing and energy worker since 1985 and has had the honor of supporting clients in Birth, Death and all phases in between, using intuition and Compassion as her guide. Originally Laurie started participating (in the “privileged environment”) at the Still Point Zen Center in 2008, which eventually became the Chico Taoist Group here at SCDC. She also attends Dharma Buffet sangha, with the intention of experiencing each of the other sanghas that practice at Sky Creek Dharma Center. Recently she has been spending quality time with her 92 year old mom in the Bay Area and with her 23 year old daughter in Southern California. Laurie enjoys meditation, movement, music, light, yoga, dancing Hula, traveling to and exploring other countries and cultures, water, trees, animals, playing ultimate Frisbee, and being out in nature. She was elected to the board in 2015 Laurie is very happy to still be a part of the Sky Creek Dharma Center family!

Leigh Ann Lipscomb
Leigh Ann Lipscomb has practiced with Slowly Ripening Sangha since June 2002. In 2009 she was ordained into the core community of Thich Nhat Hanh. She is a Certified Resonance Repatterning professional and works with people to help transform beliefs and feelings related to earlier traumatic experiences. She is a chemist and has worked many years for an educational publishing company. Before that, she was a chemistry teacher. Though a scientist by training, she loves the mystical and the spiritual.