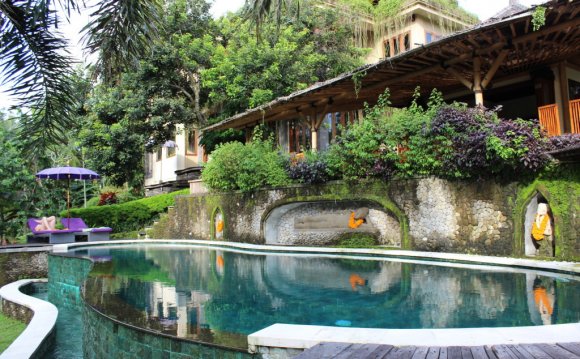 WASHINGTON – Some Arlington residents are participating in a yoga class that requires no mat, no downward-facing dog and no sweat. It’s no joke, but it is something to laugh at.

It’s called laughter yoga, and it’s an exercise that incorporates laughter with yogic breathing. The practice originated in 1995 in Mumbai, and has since gained popularity throughout the world for its stress relief benefits and playful structure.

After reading a short paragraph about laughter yoga in a book, Arlington resident Diane Cohen, 62, decided she wanted to spread the word — and the laughs — about the practice.

“Even if you don’t feel like laughing, when you are around other people and you start laughing, you just feel better, ” says Cohen, who also works as a life and career coach in the D.C. area.

Cohen completed a laughter yoga certification course in Charlottesville, Va., and started leading free monthly laughter yoga classes at the Arlington Central Library, where she sees anywhere from 15 to 25 people at each session.

A typical class incorporates a variety of deliberate laughing exercises, such as laughter introductions, laughter singing and laughter dancing. Everything is followed with a reaffirming chant: “Very good, very good. Yay!”

In one laughter yoga exercise, participants toss balloons into the air and laugh in between each toss. (WTOP/Rachel Nania)

Cohen’s class at the library even uses laughter poetry, where a line from a poem is read aloud and everyone responds with a forced laugh.

So why are people coming together to laugh, even when things aren’t funny? Cohen says the benefits of laughter yoga are innumerable — from stress relief to immune protection.

“The brain doesn’t know the difference between real laughter and simulated laughter, so you get the same benefits, ” she says.

Pegi Kimbrough lives in Arlington and works at a large D.C.-area law firm. She attended her first laughter yoga class this summer because she was experiencing some health problems and needed an outlet.

“I thought this would be a good stress reliever. And it has proven, in just three sessions, to be, ” Kimbrough says.

Research from Loma Linda University in Southern California found laughter helps to stimulate the human growth hormone and the production of beta-endorphins. The study also found that laughter helps to boost the immune system and suppress cortisol production, a common contributor to stress and anxiety.

Cohen does not limit her classes to the public library. She also conducts sessions with cancer patients, senior groups and private corporations.

“When (patients) are undergoing the cancer treatments, it’s very stressful and very anxiety producing, and at the end of the session, their spirits are just so lifted. It makes you want to cry, ” Cohen says.

While at first the forced laughter seems a bit tense and, well, nutty, participants are able to relax and get “really silly” when the whole group gets going, Cohen says.

Betsy Gardiner attended one of Cohen’s classes for the first time on Aug. 26. She says she didn’t feel self-conscious about the class because everyone was doing the same thing.