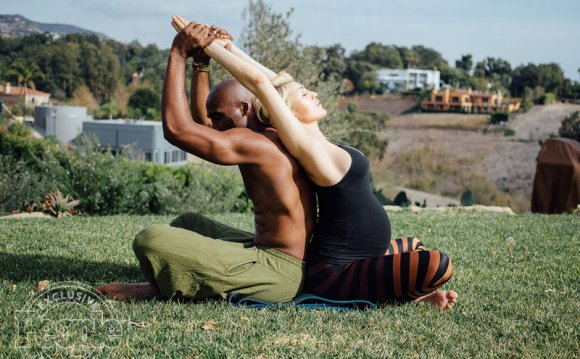 WASHINGTON, D.C.– The newly-founded Congressional Yogi Association hosted its first-ever Yoga on the Hill on Friday, May 1, 2015, to kick off Mental Health Awareness Month and to advocate for better physical and mental health for veterans, which has also been a prioritized issue for First Lady Michelle Obama. The event, part of D.C. Yoga Week, was led by celebrity yogi & former NFL pro Keith Mitchell who suffered a paralyzing spinal injury and recovered through the practice of yoga. Yoga on the Hill took place 7:45am-8:30am, in the Cannon Caucus Room (345) in Cannon House Office Building, and was open to Members of Congress, congressional staff, as well as the general public of all fitness levels.

“As a Korean War Veteran, Yoga on the Hill’s mission to promote wellness among the veteran community is close to my heart, ” said Rep. Charles B. Rangel (D-NY). “Initiatives like this can help vets recover not only from their physical wounds, but also those we can’t see on the surface.”

Sadly, many of our country’s veterans are affected by mental illnesses upon returning from combat. Since the start of the war in Afghanistan in 2001, more than 100, 000 combat veterans have sought help for mental illness. According to the most recent data from the U.S. Department of Veterans Affairs (VA), approximately 30% of Iraq and Afghanistan veterans accessing care were diagnosed with PTSD. Veterans need many forms of health care support to deal with a range of injuries, both psychological and physical. Yoga can be an effective tool during the healing process.

Special attendees included: Rep. Tim Ryan (D-OH), author of A Mindful Nation and the sponsor of the Congressional Yogi Assocaition; Rep. Charles Rangel (D-NY), a Korean War veteran and member of the Congressional Mental Health Caucus; Rep. Barbara Lee (D-CA), daughter of a veteran; Tom Voss of Veterans Trek, Iraq war veteran who walked 2, 700 miles to raise PTSD awareness, Brennan Mullaney, Mid-Atlantic Regional Director of Team RWB, a veteran support group that seeks to enrich the lives of America’s veterans by connecting them to their community through physical and social activity; Keith Mitchell, a former all pro NFL player turned yogi that works with military veterans, current and former athletes, and children and teens at risk through his Light It Up Foundation.

“Yoga and meditation needs to be given a serious look by the people who are charged with healing our nations returning Veterans, ” said Tom Voss.

“As we begin Mental Health Awareness month, I hope that today’s event increases awareness about the benefits of practicing yoga, especially for our veterans. As a member of the subcommittee responsible for funding our veterans programs, I hope that we will continue expanding research and access to health alternatives like yoga that improve the quality of life for our brave veterans, ” said Brennan Mullaney.

“In order to change the world we must first create the change within ourselves. This is why we practice, ” said Keith Mitchell.

“I applaud the House Yogi Association for organizing ‘Yoga on the Hill’ today and I thank former NFL football player Keith Mitchell for leading the practice. There are 21 million adults and 1.7 million children who are now practicing yoga, a number that has doubled since 2002. This is a practice that has proven results to keep our minds and bodies healthy and I am happy to see it implemented here on Capitol Hill, ” said Congressman Ryan.