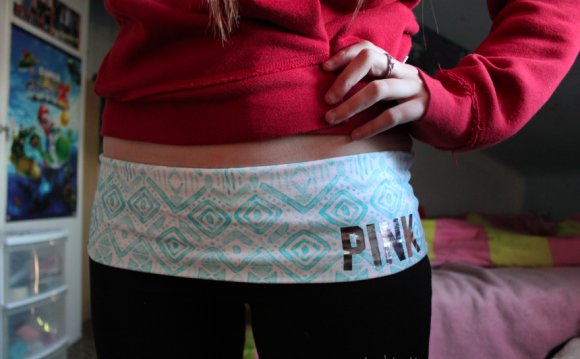 NO babushkas (meaning headscarves). As far as I know, we did not have any older Russian ladies attending my high school. To reiterate, the principal announced over the intercom that “babushkas” (not scarves, not hijabs) were banned from the high school.

NO clothes making fun of the president. At the time, George W. Bush was in office. I actually contacted the ACLU on this one, who immediately sent my high school a cease-and-desist letter. They re-instituted the ban the year after I graduated.

NO face paint. Admittedly not very weird, but I got called into the principal's office, where he accused me of wearing white face paint. I am incredibly pale and had to show him my ivory-colored Maybelline foundation as proof.”

“I went to Loyola High School in Los Angeles, graduating 2005. Since we were in Southern California, the dress code wasn’t really as strict as you might expect at a traditional all-boys prep school, but there were definitely rules.The strangest one was that cornrows were banned EXCEPT during Black History Month.” (Update: A reader who says he went to Loyola disputes this. The high school’s current official dress code doesn’t mention cornrows. Update: Another former student stands behind the claim:

@mimbsy @TheAtlantic I absolutely remember this because I had a giant afro my senior year because we couldn't have cornrows. Except in Feb.

“I attended public high school in a suburb of Harrisburg, PA, in the early to mid 1990s. Our school had a rule that you could not wear shorts after September 15 or before May 15.

Our school also did not have air conditioning. Harrisburg could be oppressively hot and humid well into September and May was often pretty warm too. The rules allowed girls to wear skirts over the knees and culottes whenever they wanted. This led to the yearly tradition of some boys, protesting the rule, wearing skirts to school on the first day over 80 degrees in May and being sent home to change.”

“A school in Kentucky where I used to work as a teacher (within the past few years) had many of the standard dress code rules. The one that always stood out, and got the most questions from students when we reviewed the dress code, was that you were required to wear shoes that were of the same style and color. I don’t recall it ever being an issue, but it was never revised or taken out.”

“At my Catholic high school in rural Illinois in the early 2000s (long before they had taken on any racial-political connotation), hoodies were banned. The monks, when pressed to answer why the addition of a hood to a sweatshirt caused it to fall outside of the dress code, the students were informed that we could easily hide contraband in the hood. (An idea I hadn’t even though of, so thanks for the tip.) The most infuriating part about this rule is that every single monk wore a habit with a hood.”

“Girls could not wear the combination of red and black because the girls counselor thought it was too sexy.”

Also in style were banana clips—long, curved hair clips that we were forbidden to wear. After the girls repeatedly pressed for an answer as to why these were verboten, we were told that banana clips simulated Mohawks and were therefore insulting to Native Americans.”

“I went to a public high school in Midland, Texas. In 2006, my school banned ‘grills, ’ the mouth pieces popularized by the Nelly ft. Paul Wall classic, ‘Grillz.’”

“A job, recently, where open-toed shoes could not expose more than two toes.”