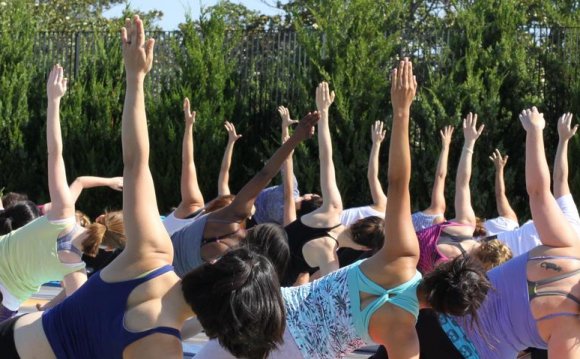 I was quoted in a couple prominent publications yesterday, repeating my complaints with Oberlin’s protest against the supposed cultural appropriation of bad cafeteria food. Predictably, this resulted in both a lot of praise and a lot of criticism on social media. I don’t take either too deeply to heart. But I am disappointed that, from both critics and supporters, this has resulted in a common refrain: that I must be something other than a leftist, that to differ with (for example) Oberlin college students on the question of cultural appropriation must mean that I’m a closet whatever.

In fact, I critique that practice because I am on the left. I’m part of a small but growing collection of people who feel that the left has lost its way, and that it must be steered back to its traditional roots: in materialism, in class solidarity as the basis of political organizing, in recognizing that racism and sexism can only be meaningfully addressed through structural economic change, in privileging the material over the symbolic or the linguistic, and in defining our purpose as building a mass movement — and thus necessarily reaching out and convincing those who are not already convinced. This tendency is not a moderating or rightward-bearing tendency. In fact, most of the many people I know who participate in this reformist push believe that they are the true inheritors of the left-wing tradition, because they prefer the economic, material means of change common to historical socialist movements.

The arguments against such a movement you could rehearse in your sleep. Those inclined to defend the current rhetorical practice of the left insist that this a movement of cis het white male etc privilege, a retrenchment. That’s not true, actually. I know men and women, people of every race, gay and straight, trans and cisgender, and of every other facet of human diversity, who have deep reservations about the current habits of the American left and are desperate for a realist left movement that cares about winning and does what it takes to make winning more likely. I would name some individual names, but then I’m associating them with me, and I have no interest in forcing others to answer for my position. It’s enough to say that every day, I encounter more people who are convinced that contemporary left practice is a road to nowhere. Many of them are hesitant to be public with these complaints, because the backlash against them can be quite severe. But every day, people get a little bit bolder. The exhaustion and disillusionment has begun to outweigh the natural tendency to keep quiet and play along.

What do these people object to? They’re tired of the prioritization of the symbolic over the substantive; of the ever-more-obscure left-wing vocabulary; of the near-total silence on class issues; of the abandonment of labor organizing as a principal method of political action; of the insistence that people who aren’t already convinced must educate themselves, when convincing others is and has always been the basic requirement of political action; of the confusion of pop culture ephemera with meaningful political victory; of the celebrity worship; of the clumsy Manicheanism that divides the world into all good and all bad; of the use of cruelty, shaming, and character assassination; of the insistence that people within a political movement should “just listen” when someone makes a claim, no matter how outlandish, misguided, unfair, or wrong; of the expectation that everyone should know how to speak and act in perfect congruence with obscure and elitist conceptions of righteous behavior; of the profound conservatism of demanding that everyone occupy a narrow band of cultural practices, refusing to enjoy the world’s vast cultural bounties, out of fear of appropriating someone else’s culture; and, more than anything, of the willful obscurity and inaccessibility, the total and complete indifference towards actually reaching out and building a bigger movement by meeting people halfway and trying to adapt to them as you ask them to adapt to you, the replacement of a mass political movement with an exclusive social circle.

I’m an academic, and a proud one, and many of my friends and family are academics, and I grew up within the academic left. But I’m perfectly willing to say that the academic turn within the American left — the way in which the university system has replaced the labor movement as the primary incubator of left-wing ideas — has been an unmitigated disaster. It has taken the materialist philosophies of socialism and corrupted them with a reality-denying postmodernism that prevents us from doing the basic work of politics, which is understanding reality and working to change it. It’s made the left’s behavior the behavior of a cloister, a political straitjacket that compels us to direct our appeals to a tiny fringe rather than to the vast world outside the campus walls. And in replicating that cloistered behavior on social media, the public face of the left has become synonymous with these obscure practices. Meanwhile, unable to articulate its value to the wider world thanks to these same pathologies, the humanities crumble within our universities, despite how badly the world needs them.

Claims that doing yoga is impermissible cultural appropriation, arguments that we should drop phrases like “I see what you mean” because they’re ableist, the assumption that linking to Tweets constitutes violence but harassing and degrading people to the point of suicide is noble activism, filing Title IX claims against people for writing essays in major magazines, allowing your position to become synonymous with attacks on the right to free expression, claiming that you can fight capitalism and the state with hashtags — this is the behavior of a movement that cannot win. We cannot win that way.