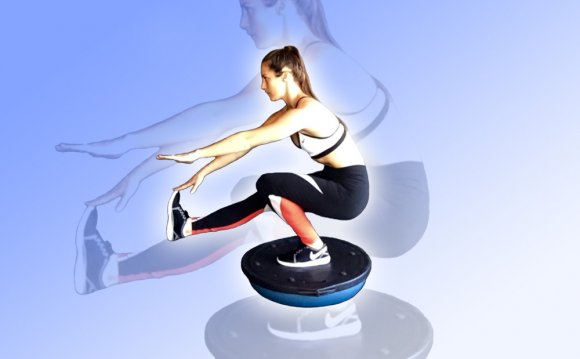 I watched Thursday’s Tennessee-Appalachian State game from start to finish.

My thoughts were similar to those of many people across the country: The Volunteers came out flat and vulnerable. They certainly didn’t look like the No. 9 squad in the country.

But I wanted to wait to see the Hokies on Saturday before making any lofty predictions. Like most media folks, I pegged the Battle at Bristol as a loss for Virginia Tech before the year began.

Now that I’ve seen the two teams play in their openers, here are my thoughts on the Hokies headed into that match-up with Tennessee and what they'll need to do to pull an upset.

1. Use the running backs:

Appalachian State running back Marcus Cox found success against a Tennessee front seven that was supposed to be dominant against the run. Keep in mind, this was not a Power 5 offensive line; it was one much smaller and less athletic than UT's. Still, the Mountaineers were able to create holes for Cox, who broke off several long runs and finished the night with 115 yards on the ground.

There were times where the Tennessee defensive line was able to get penetration, but Appalachian State won more often than not. Old Dominion plays the Mountaineers this week, and ODU coach Bobby Wilder noted that when he watched the game, he was surprised at how often ASU dominated the line of scrimmage.

Cox also gained traction as a check-down receiver. This is one area I think Tech coach Justin Fuente and OC Brad Cornelsen can get creative. Virginia Tech wasn’t overly impressive in its run game Saturday against Liberty. In the first half, the offensive line was even getting overpowered by its FCS opponent. I did notice a significant boost in the second half, with Wyatt Teller replacing Colt Pettit at left tackle. Right now, Pettit is listed as the starter in Bristol. That shouldn’t last long.

If the Hokies are going to be competitive, they must find success from their running backs, and that starts up front. I think this can be a combination of Travon McMillian, Sam Rogers and Deshawn McClease, with a bit of QB Jerod Evans thrown in. But if Cornelsen tries to beat Tennessee through the air all game, it could be a long night. The Vols' secondary is just too talented.

2. Get pressure on Josh Dobbs:

This sounds obvious and I’m sure it’s on the top of Bud Foster’s to-do list. I wasn’t impressed with Dobbs on Thursday but didn’t see enough to throw in the towel. I followed him a lot last season while covering the SEC and remain confident that he’s poised for a big year. When Dobbs sets his feet and has time, he’s one of the more accurate passers in the SEC. But when he faces pressure, even a little bit, his first plan of action is to roll out to the right. The result often is a sack or minimal gain.

Here’s a video of Dobbs’ performance against the Mountaineers showing that when he has time, he’s on point. When he faces pressure, he makes bad decisions.

The Hokies have enough speed on the outside to keep him contained, but it all starts with getting that initial pressure. Ken Ekanem had the lone sack against Liberty last Saturday, which tells you that the pass rush wasn't nearly good enough. Foster needs to draw up some creative ways to rush the passer. The Tennessee offensive line proved to be vulnerable, so opportunities will be there. Overall, I was impressed with the Hokies’ defense in its first outing of 2016. There is enough talent there to keep Dobbs on his toes.

3. Hold on to the football.

The Hokies had five fumbles against Liberty, losing four. That’s unacceptable in any game, and it’s unfathomable against a mediocre FCS opponent.

If Virginia Tech wants to remain competitive against Tennessee, it can’t turn the ball over. Again, this is an obvious statement, but I’m going to reiterate it. I worry about Evans facing pressure. There were a few instances when it looked like he had room to run but instead, held the football and got trapped with nowhere to go. This was how one of the early fumbles happened, and Evans coughed it up again later on a bad option pitch. The Tennessee defense is more athletic and more aggressive in stripping the ball than Liberty was. Evans and the Hokies’ offense better be careful.

4. Expect Tennessee to be ready.

Many people look at the Vols’ performance from last week and instantly believe they aren’t going to be as good as everyone thought they were. This could be true, but I’m not going there quite yet.

Just like Virginia Tech, Tennessee had jitters in its opener. The difference? Butch Jones’ squad played against a very good App State program. Fuente’s group played against a Liberty team that made things easier on the Hokies. I don’t think Tech and Tennessee are far apart but believe Tennessee has more talent, and will look much improved in Bristol.

There are obvious areas that can be exploited. A strong running performance matched with a high-pressure defense could be the recipe for success for Virginia Tech. I don’t think we are going to see a huge day from the Hokies’ pass catchers like we did Saturday. Sure, Isaiah Ford and Bucky Hodges are always capable of making a big play.. But if’s far more likely to see names like McMillian and Rogers on top of the stat charts.

At this point, this game is a coin flip for me. I could see Tennessee coming in completely revamped and winning by double digits. I could also see a classic back-and-forth showdown, with the Hokies squeezing out a last-minute victory.

I don't see a scenario where Virginia Tech wins convincingly, but it's college football, and anything can happen. South Alabama beat Mississippi State and Houston handled Oklahoma in the opening weekend. Predictions are just guesses this early in the season.