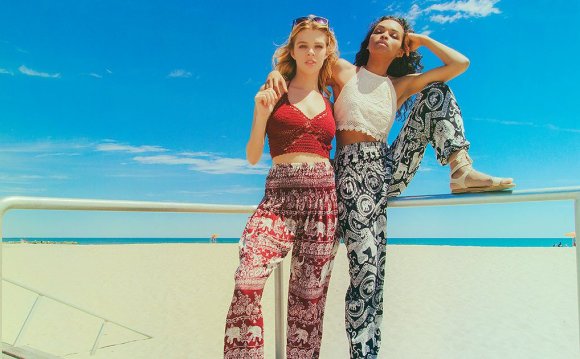 My love affair with yoga began in a tiny no-frills studio in a dense neighborhood of Boston.

People of all shapes, sizes, class, ethnicities, ages, gender and sexual preference would trudge up the narrow corridor and enter the vibrant and homey studio run by a lesbian woman who radiated tenacity and grace.

In snow, sleet or sunshine, crowds would trickle in, wipe their shoes on the doormat and gather to practice in community. Teachers, too, were cut from the same multifaceted tapestry as their students. There was a realness to the space that, to me, translated as, “Come as you are or be fake, but if you’re being fake, our gritty Bostonian frankness may intimidate you.”

At first, I felt pretty self-conscious. As I ventured out of my cozy circle of predominantly early twenties white female liberal arts majors, the multiple perspectives and openness challenged me. The community, unbound by homogeneity, lacked the competitive aspect I felt in other studios that had a more uniform culture.

The studio invited me to question myself—not only in my yoga practice, but also in how I wanted to show up in life beyond my yoga mat. With so many people varying in levels of flexibility, culture, size, age, race, hairstyle, body art, even outfits—all these ways of being that graced the hardwood floors—I felt a freedom in their differences to be myself, quirks and all.

I felt challenged to move more authentically on my mat but also in relation to others: I was able to show up in a real way, to seek out my true nature and live it.

What part of that experience was responsible for leading me on what some may call a spiritual path?

My age and life circumstance were certainly a part, but I also believe the exposure to so much diversity was a significant catalyst for growth. Fast forward seven years and I am teaching yoga and practicing psychotherapy on the other side of the country in San Francisco.

I teach in a studio where hundreds climb up and down that narrow corridor to the studio weekly. The studio is larger, less colorful, but the community still holds that sense of welcoming diversity and comfort. We offer weekly donation-based classes, elevator access for those with disabilities and our studio owner is a black woman with a nurturing energy that could make anyone feel at home in her presence.

Still, much remains unrepresented, not just in our studio, but in our nation’s yoga community as a whole. There are people from various ages, races, cultures, sizes and genders that comprise the studio’s community, but like most studios in the United States, the range is not so wide.

Without the in-your-face diversity, I find it harder to grow in the deep way I had in Boston, sparked by having to find my place and question myself amidst the myriad ways of being.

As yoga instructor Mary Paffard states, “We seek oneness without realizing it doesn’t accommodate the underlying need for nature itself to thrive in diversity.”

The parallels to excelling as both a yoga teacher and as a clinician are so intertwined that I often share what I’ve learned from psychotherapy in my yoga classes and vice versa with my patients. The most recent workshop was in a five day training in cross-cultural sensitivity and understanding for psychotherapists and facilitators.

I learned something valuable that was just as important for me to hear as a clinician as it was a yoga instructor: It is my job to notice how race, sexual preference, weight, gender, cultural identification, age and economic status impact the people with whom I work.

If I want to be of service, I cannot run away from differences or fear the isolation and guilt of being part of the privileged majority of mostly fit white middle class women that represent the American yoga community. Instead of ignoring this, I can face it, acknowledge it, perhaps with discomfort and conflict, but conflict happens because we care about what we are trying to understand.

Despite the reiterations in classes that yoga literally means union and that we are one, we are not yet all one. If we proclaim ourselves to be without doing the work to actually make this dream a reality, we are reinforcing the prejudice.

Think of the contrast in hearing union: instead of being united in our sameness, we can be united our uniqueness and our awareness, acceptance and respect for one another in our own differences. As Martin Luther King, Jr. said, “The ultimate tragedy is not the oppression and cruelty by the bad people but the silence over that by the good people.”

Being a mindful yogi does not necessitate silence and moving past our differences to see what we have in common because it seems polite or more positive. Being a mindful yogi means being able to speak our truth, to embrace and advocate for diversity, to experience a re-union of polarities, opposites, contradictions and embrace the free flow of nature.

I encourage you to act on the following (if you have not done so already):

1. Notice if you find yourself paying equal attention to each person in your class, whether you have three or 30 students.

Do you tend to gravitate towards those who are most like you? Make it a practice to not reinforce the septic meme that surmises a shallow definition of yoga as union, as bonding over what we have in common and deliberately glaze over the differences to avoid discomfort. Instead, welcome each element of diversity like a guest, smile towards the person who you don’t feel connected to initially. Welcome in the difference and seek to understand.

Strive to make diversity the norm, not the exception. As Rumi illustrates in The Guest House, “Be grateful for whatever comes because each has been sent as a guide from beyond.”

Each chance you have to connect with someone different from you is an invitation to break out of your comfort bubble and expand into a greater sense of what it means to be human. As Virginia Wolf says, “We are all different. What divides us is the value we place on those differences.”

Let us stop the subliminal messages of seeing difference as negative and instead, see them as simply human.

2. Whenever you teach a class, see yourself as an ambassador.

Be the ambassador that embodies or at least welcomes the diversity and inclusiveness of the myriad cultures, shapes, sizes, ages and ethnicities that make up your local community as well as the melting pot of our global yoga community.

Do you only wear Lululemon or do you switch it up with that comfy tee you bought at the thrift shop or those off-color yoga pants that are not super trendy but you feel good in? Do you remember to show modifications, use props for those who aren’t so bendy or explain poses and techniques in English for those who don’t know their Sanskrit names?

Aim to demystify yoga to those who are new and reach out to your students; don’t have them come to you. Is your class designed for people just like you and those who aren’t as flexible or new to yoga?

Is the music on your playlist homogenous to your own social culture or does it lend itself to other social cultures that are being represented in the room, as well? As a yoga teacher, make it your intention to not accidentally exclude others, but rather give them a place to feel free to explore the gift of breathing, stretching and learning to find a safe sense of home in their bodies without judgment.