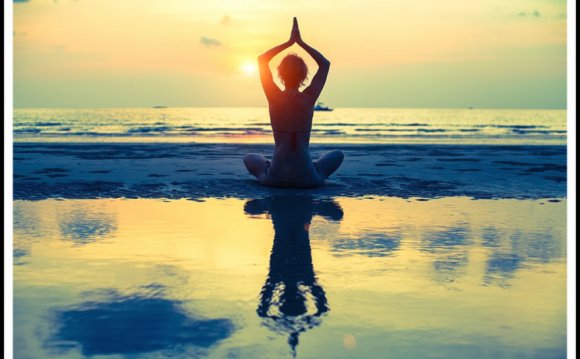 Steinke, 59, and Julian, 61, head off to Lakin Correctional Center in Mason County on Sept. 10 to launch a pilot program of yoga allied with meditation for women at the only state prison for women. (The Alderson prison camp, made famous by Martha Stewart, is a federal institution.)

Steinke retired in April after 30 years as a federal court reporter with U.S. District Judge John T. Copenhaver, while Julian retired in June as coordinator of the W.Va. Coalition Against Domestic Violence.

"We started thinking about what it would be like working together. With our love of yoga and having that social justice piece that's a part of both of us, we thought we'd combine it and create this nonprofit, " Steinke said.

As for the word Laotong, it refers to an ancient Chinese relationship that bonded two girls together for eternity as kindred sisters.

"That's what we thought. 'Wow, that's what we are! We're laotongs, '" Steinke said. "'Laotong Yoga' just felt right to us - meaning kindred spirits, we're all connected. It's not just best friends. To us, it's being connected to everyone."

Their yoga mission, then, became clear.

"We landed on working with people who are incarcerated in the correctional system in West Virginia and survivors of trauma, " Julian said.

They met up with the commissioner of the W.Va. Division of Corrections, Jim Rubenstein, who helped arrange meetings with the staff at Lakin.

"I'm really looking forward as we get this up and running. I really saw this as a win-win for our females, " Rubenstein said. "To not only get the physical aspects of the yoga and the healthier lifestyle for them, but also with Sue and Barbara's background, their messages they will be able to deliver during these classes as far as self-esteem. A lot of the females we have in the system have been in abusive relationships."

Julian expanded on the rollout of the programs and its benefits, headquartered out of a small office on the third floor of Covenant House.

"We're piloting this program over the course of this year, " she said. "At the end of the year, we will have facilitated about 72 classes. We will use that feedback from the women who are incarcerated to guide how we move forward with this work at Laotong Yoga.

"Meditation and yoga do hopefully bring inmates into the moment. Life is where they are at right now - even in prison. And yoga and meditation are tools to help people become aware of the moment and to live in the present moment. And inquire: what does it mean to me to be fully present here in prison?"

Steinke, who noted she and Julian are on the hunt for sponsors, supporters and grants, mused on what the duo hopes Laotong Yoga can bring to women who for the moment in their lives find themselves behind bars.

"To us, yoga is more than just going through the motions. It's feeling the body, listening to it. Slowing it down. Finding compassion for yourself and others, " she said. "It felt like the right place for us to start, to bring this practice into the prison system."