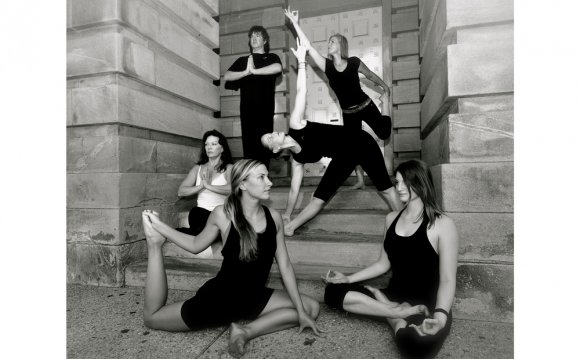 I stood at the start line of the 2014 Virginia Triple Anvil (VA Triple), a triple Ironman distance triathlon. Broken down, I had sixty hours to finish three mega-components: 7.2 mile swim, 336 mile bike, and a 78.6 mile run. The fourth, unwritten component was the how-much-can-you-eat-to-keep-going-without-spilling-your-cookies contest. I have completed dozens of endurance events from ultramarathons to Ironmans, but this one had teeth. It was the first time I have felt so apprehensive about the undertaking.

Rewind a few years, to the time when I stepped away from triathlons altogether. I had been frustrated with the effort I had put into them, and the mediocre performances that resulted. I was disappointed and decided to re-assess and pursue my first love: running…long. I set quite a few goals during the winter of 2013. Most of them would be realized throughout 2014. With a renewed sense of accomplishment and swagger, I started looking for the next big feat.

To be honest, I have always had a great degree of certainty (Badwater aside) in my ability to accomplish the goal, to finish the race, to tackle the challenge. This time, I was not looking for a sure thing. I wanted something that would really test me. I remembered reading about the VA Triple in 2010, when my active duty obligations prevented me from participating in the Ultraman Canada staged triathlon, as part of the inaugural year of our awareness campaign for the Semper Fi Fund.

The VA Triple represented the abyss and a chance at failure. I wanted to know if I had it in me. I needed to know. And thanks to vetting through Steve Kirby (Kirb), Race Director and head honcho of USA Ultra Triathlon, and the benevolent support of my sponsors, RuckPack and EraThr3, I was able to come face-to-face with an unknown challenge.

This type of event lends itself to months/years of preparation, given the magnitude required of each discipline. Unfortunately for me, time and life did not provide such luxury. I knew I would go into the VA Triple physically undertrained.

To compensate, I spent time training my mind to lock into a state of focus and stability, which I know are crucial in endurance races. I also front-loaded a few ultras in the earlier part of the summer and tapered off shortly after the beginning of August. Around that time, I increased swimming to roughly three days a week varying between 100 meters to 1.5 miles worth of steady state swims and speedplay, focusing on form. Thanks to my buddy, Justin Andrews, I squeezed in several 50mi(+) bike rides in the Carolina mountains.

The last few months included several hot yoga/high-intensity circuit training sessions per week (courtesy of the instructors at Arrichion Yoga in Charlotte). Each of these disciplines helped acclimate me to bouts of discomfort—also known as “riding the struggle bus.” These struggle bus sessions helped me to establish thresholds to keep me within my limits on game-day.

Train, rinse, and repeat. Soon enough, I was driving up to the visitor’s center at Lake Anna State Park in Spotsylvania, Virginia.

I had already chopped up the race into manageable sections and set worst-case scenario timelines. In order to account for prolonged rides on the struggle bus and still finish within the time limit, I did some calculations. It seemed ridiculous for me to be on a bike longer than twenty-four hours, and I knew I could easily run that far sleep-deprived (we’ll come back to that later).

In total, I decided I could feasibly swim for seven hours, bike for thirty-two hours, and run for twenty-four hours. Sleep and batteries not included.

Every time an ultramarathon is about to get underway, you can feel the gathering of the tribe. I’ve yet to find the right one word to describe it. The positive energy is palpable, living, and moving. Maybe I am just a neo-hippie, but I feel most alive when I’m with my people. People who share this passion and sense of dogged pursuit.

Debbie Sidol was the first soul I encountered. I noticed her finisher’s shirt from a previous VA ultra tri and we picked up immediately, as if we had known each other for years. Shortly thereafter, I would meet Kirb for the first time after three years of email correspondence. He and his crew immediately made me feel welcome.

I met so many down-to-earth athletes willing to share their knowledge of the event and best practices towards successful completion. There’s something truly special and collective about these events and these competitors.

The sun dipped low in the sky and we became blanketed in darkness as we broke bread with one another and listened to the words of Kirb. Eventually, we shuffled off to our respective patches of the park and began to make final prep for the following dawn. Unfortunately, most of the early evening hours were spent grabbing foodstuffs, drinks, and extra supplies from nearby stores. It would be midnight before I finally went horizontal for the last few hours of deep sleep that week.

I camped out in my tent, which was setup directly behind my aid shelter and awoke at 6am to usual anticipatory race-day chatter. It was still dark, but the race would begin at 7am. I felt calm, knowing I had thoroughly checked and re-checked foodstuffs and race supplies the night prior.

While the VA Triple does a fantastic job of feeding athletes and crews around the clock, I felt more comfortable with nutrition that I used throughout training, so I loaded up on a PB&J and an Ensure while making my way down to the visitor’s center. I spent quite a bit of time in the locker room for one last bathroom break (aka “getting my world together”) and the application of TriSlide and BodyGlide to just about every crevice of my body. In the summer of 2007, I learned that after swimming a couple miles in the Russian River, the combination of water, sun, and form-fitting neoprene could bring about some unique chafing. At the last moment, I decide to abandon the Garmin watch and adopt natural timing for the event.